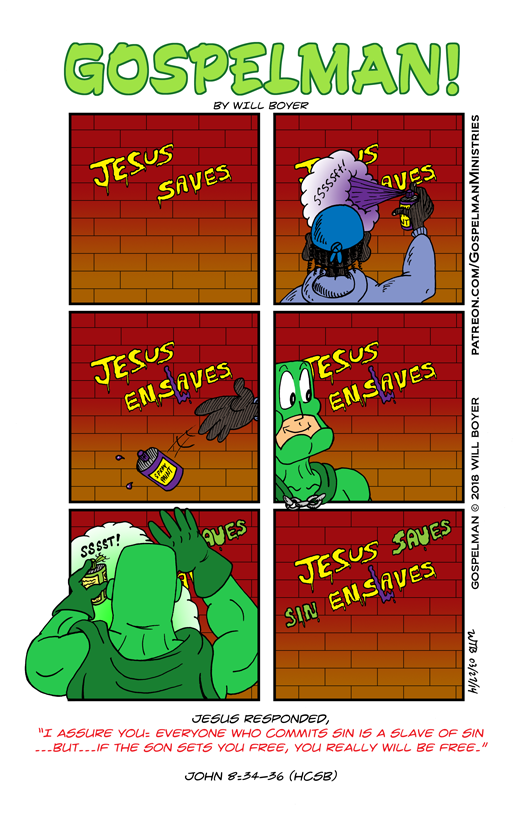 Don't forget we're updating at the Comic Fury and Patreon website these days now, mostly! Favorite them in your browsers!

I conceived this in 2014. Today I think I would have instead written Gospelman as preaching against spreading the Gospel by means of defacing public property, but back then I just thought this was humorous and cute. :-) Maybe I'll have a Gospelman Adventures story in which I use this one time gag as a means of Gospelman reaching a graffiti artist or teaching a Christian that defacing public property in the name of Christ is wrong with Gospelman himself showing repentance over doing this. I've been writing Gospelman as a Golden Age superhero who isn't allowed to do anything wrong as he needs to be a good role model, but I realize lately that I need to show him humbling himself and repenting if he is to be a role model for Christians at all. But I am uncomfortable with marring the character's reputation or image among readers. Maybe using this graffiti comic strip canonically for a later Adventure story is one way I could do this without going too far out of my current comfort zone.