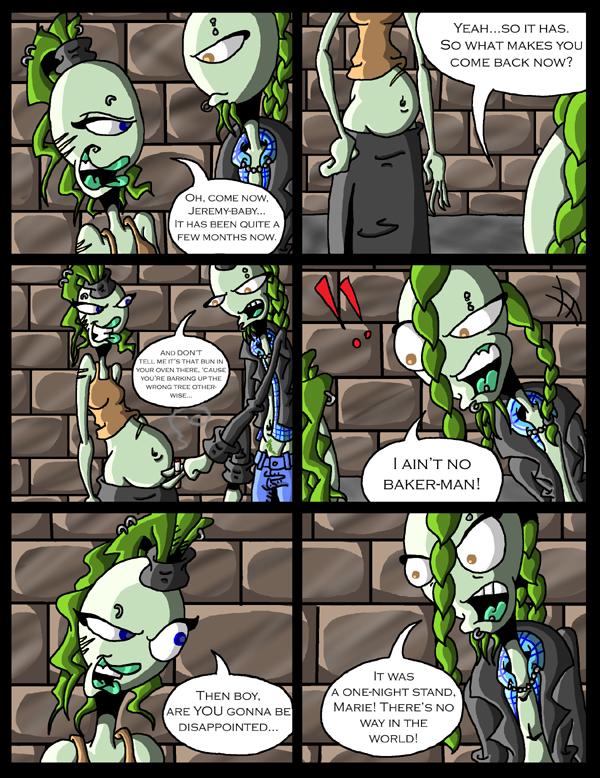 Oh, man, it's been a while. I had this drawn a while back, but the weather has had me down. I also got a bit sidetracked with an animation project, as well as a webcomic (besides this one) that I hope to help be presenting soon alongside my online bff, garrenn: http://garrenn.deviantart.com/

BUT we'll get to that later (and you guys better read it!)

Until then…about the story. I've already chattered enough, but I would like to note that Marie, despite being the heartless, crazy, abusive bitch that she is, she's really one of my favourite female characters I have. :D Idaknow…she's just so…colourful I guess. XD I'm also pleased with that last pic of her there…