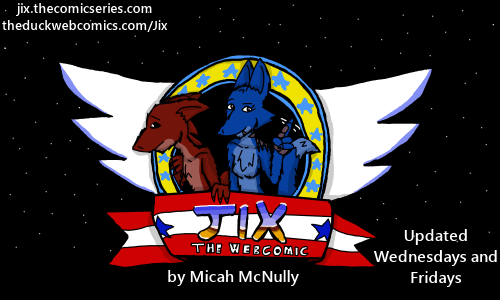 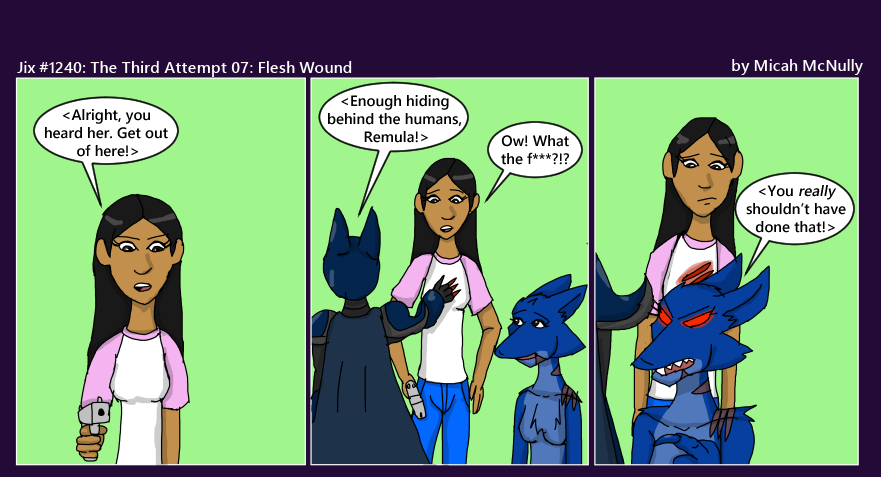 This is an instance where I worry my artwork doesn't fully portray what I'm intending so I wish to clarify: the Ambis is pushing Alice back and digging his claws into her chest. I mean, it looks better than the original sketch was, but I don't know if that is fully conveyed.

I'm kind of regretting not going with what I had originally planned, which was Alice getting injured during the scuffle between Jix and her attacker, but what I have in mind and what I write don't always line up…usually don't, actually. If I were writing a short story, maybe, but within the constraints of a comic strip and my artistic ability, this is what we get instead. This usually does evolve other Jix and Dragon City stories. I'm kind of hoping the next project is able to break some of those constraints.