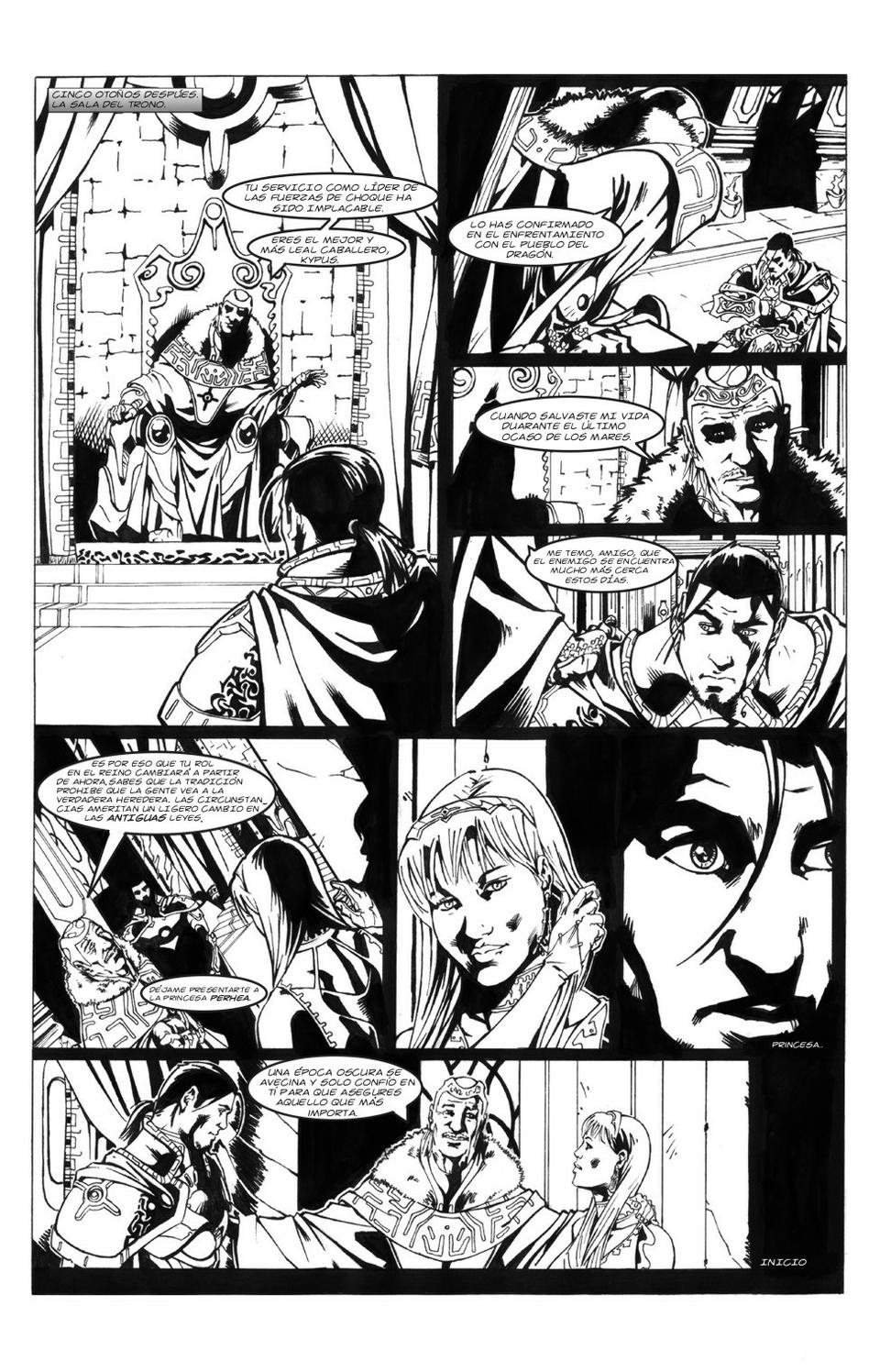 Wow! Amazing art skills :) Unfortunately I don't understand much :( But I'm definitely giving this a 'like' !

Very sharp art. My only problem is that the file is huge...

Nice inking and page layout! My spanish is limited, but I think I got the jist of some of it....so he just met the princess and he's going on an important mission...maybe? Cool.

i am impressed with your inking skills

Your comic art rocks. But I don't understand a single word though. XD

que fabulosa. me encantan tu....comic? sorry, i'm only in spanish II, but i do love it!

Since I don't speak Spanish, that leaves more time to admire your AMAZING book! Great design and I wish I had that much discipline when it comes to inking. But when I try reading it, all I can say to myself is "ÃÂ¿Que?"

Wow! I need to brush up on my Espanol. But the art is outstanding. I've faved it!

Yeah, 'fraid I can't read it, but the art sure caught my eye!

Very good pictures you have there. It's ashame I haven't studied es esponal in like... forever! Good work though.