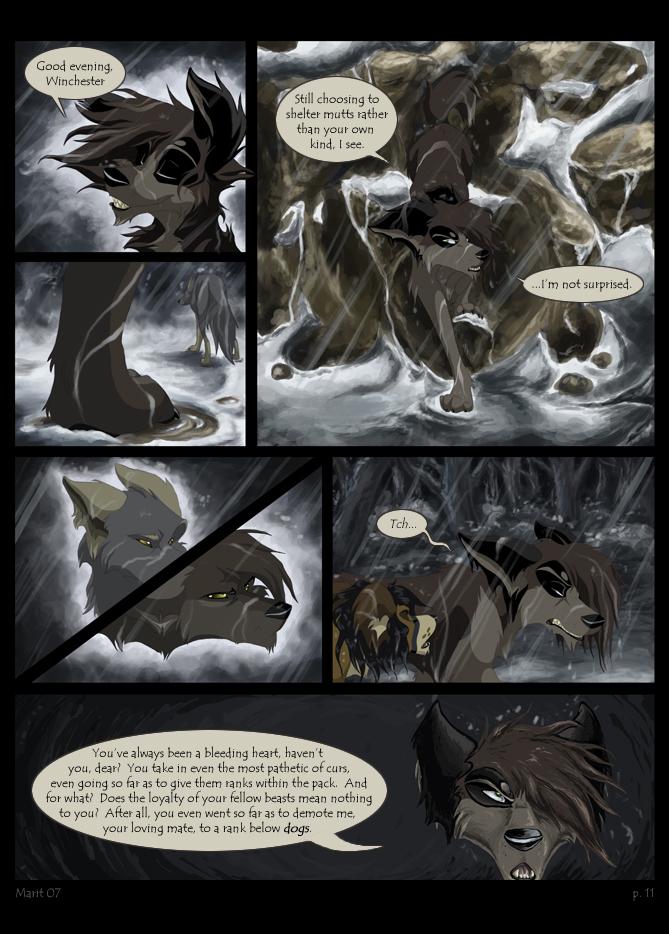 Why is it that I always finish these pages after midnight? This one was finished just before 4 am. Thats a record for me.

There's that sketchy shading like in the first page that I said I'd bring back every once in a while. Whoo. Obviously, I changed the speech bubbles as well, as a lot of people were saying that they couldn't read the papyrus text. The style of the speech bubbles is also a bit more simple now, since the blue with the sketchy border was just distracting.

Anyway…I know these pages aren't great, but hey, I'm doing this for fun. I'm also sure I had some big speech thingy to write here, but I obviously forgot. Boo:C. As an added note, action will pick up again in the next page, so I'm going to try and get that done before the end of this month.

I absolutely love the first panel!

Great job with the comic! Love the action!

Anyone who said the speech bubbles with the sketchy border was bad is crazy. I much prefer them to what you have here. This new font isn't doing much for me either.

Wow your pages are awsome! Can't wait for more! ^^

your pages are beautiful! the art is fantastic! please keep it up &hearts; faved

Aren't...great? ... ...I think I'll die of awe if I ever do see your "great" stuff, since I'm rather close to it now. God, your art is freaking beautiful! Suce great poses and expressions. I could take each panel and frame it and put it on my wall ...but...you know...it's not "great" or anything ;) (I know, I know. What's "good" to you and to me are two different things, and it's defenitely better to challenge yourself. I'm not trying to say your comment is wrong, I'm just trying to say that I really like your art now, and find it ironic that that could be said of something so pretty, and if you think it could go further - dangit, I'm there!) ...wow...that was needlessly complicated...