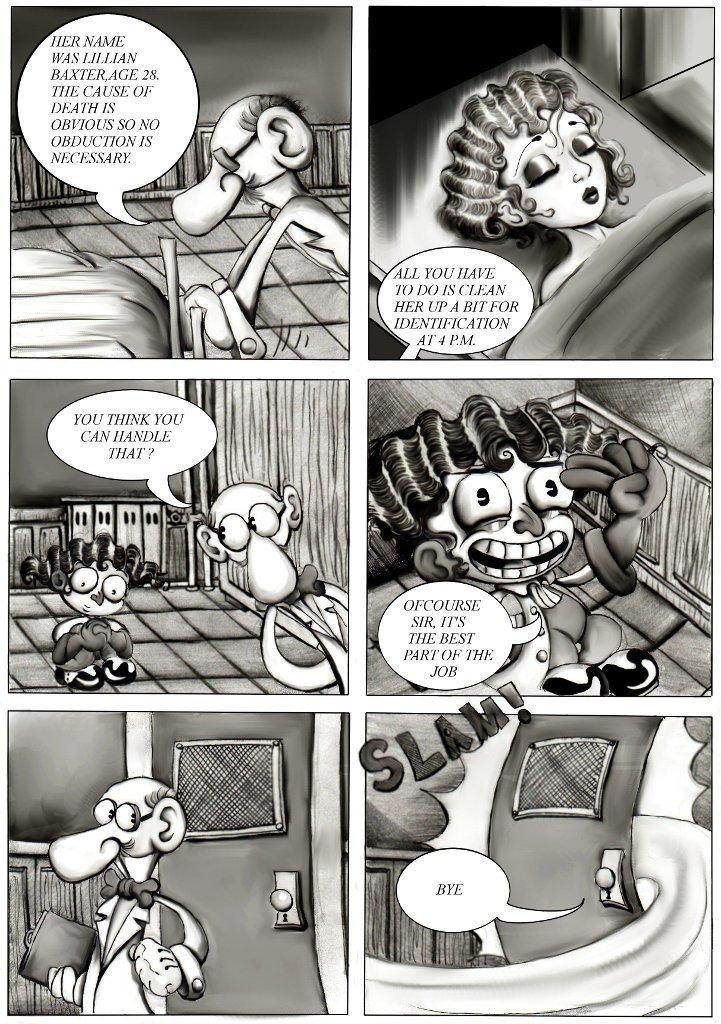 Yeey,I finally get to draw a girl.
School starts next week,it sucks,we all know it.
I'll try not to skip so many classes,I only have one year left,I can make it =)

Breammaster-thanks,dorks are the coolest :D

whoops forgot to rate it

Awesome art and such cool characters :)

Is... is the little guy planning on doing something naughty to the dead guy? XD Love the art style. So 1920's.

Byth-thanks,well think quicker next time SkeletalArm-yeey,I'm a possum =D Glad you guys like it,I will update this week

I shall give the art one of my "Awesom Possums" because the art is as Awesome as a Possum! Also I would have done the same thing if I was the doctor.

Lazzaro,he is male xD He is just a bit socially retarded

I like it very much, but just what is the name of that little lab assist? Miss Heebie Jeebie?

She was pretty. Great page!

um necro...necro... necro what'sits? Oh yeah-necrophilia. Granted he tries something and has some kind of missing body or slash up the middle of her body. Take will usually help with that.

2cond panel looks gorgeous. However, does she and the little fella have the same stylist? XD

It's like an alternative universe where the world has been stuck in 1900-1920 period era. Think like a never ending Steamboat Willy =)

Beautiful! Love the hair. What time period does this take place, by the way?