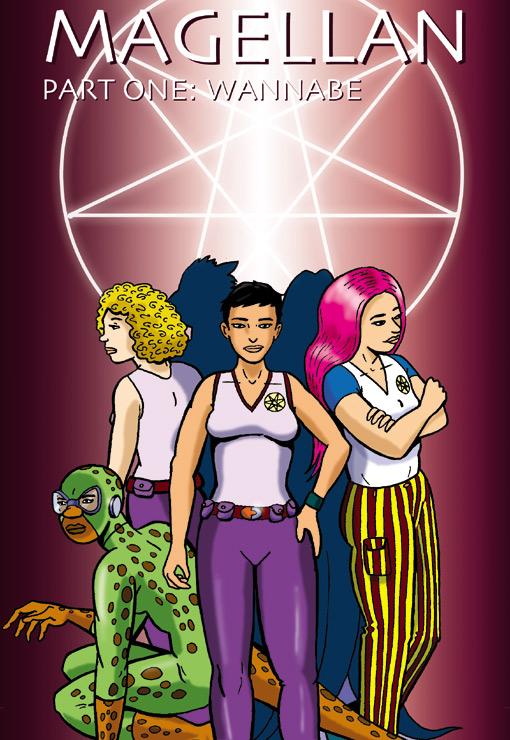 Hi! Magellan has been around in various places for a number of years (since March 7,2004 to be exact) and now it's here on DrunkDuck (woo!). I had thought I'd be very clever and backload all my pages so that the comic's start date on DD would “be before today”… but seems I can't do that. That means you get to see the whole thing replayed daily until the rather massive buffer of 450 pages runs out.

This page kicks off the first chapter, Wannabe. Timeline wise I originally drew it in September 2004 but then rejigged it some years later to this version. It introduces a number of main cast members…

Getting a good look at this, I find Freya's pants hilarious.

Dude, with 450 pages uploaded daily, that would take more than a year before it's all up. I can't tell if that's good or bad, to be honest.