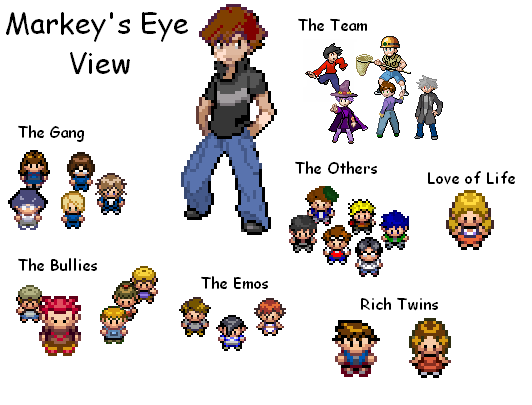 heres a small little crappy made page about some of the characters that will be in the comic and thier roles.

if i forgot to mention Markey's Eye View is sort of like a smallville to The Front Pagers. As in when everybody was in thier teens

So, I went to make the page and, low and behold, I don't have any of the sprites (Except tFP) on this page :-\

Yeah, but not the needed baackgrounds.

you already have the first 2 scripts

Why did you enable homepage... >_< So... When's this thing starting/When am I getting scripts and sprites?