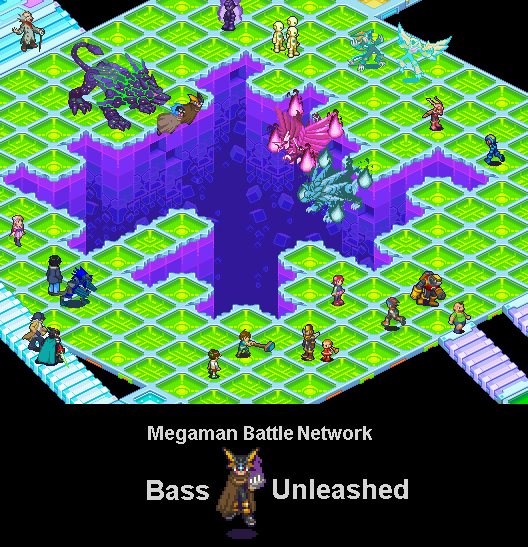 This is my new comic! I may later return to my former comic (The Organization XIII comic), but for now I'll be working on this. I know that some characters I'll be using will be basically recolors, but I'm not that good with sprites. This story takes place at the same time as BN6 Falzar/Gregar but with a twist on the plot with my own characters and story idea.