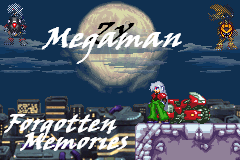 Alright, i promised a new comic, and here it is. All cameos that were going to appear on my previous comic titanium wars are going to appear her POSSIBLY, and if u wanna sign up just leave a comment on my page cuz i can't recieve pqs for some reason

Sooo you got them i guess..

Hey! I said that it will take a long time till my next udpate! But you said you will make an udpate end of the week! :P

when I feel like it. You shouldn't even be talking after that long month you took on hiatus for Ghosts of the Past

When will you make the 1. page

Looks good. IÃÂ´m on for the ride.

You sure do :P...Crap I have a Comic myself! *Goes updating*

Im working on my ZX sprits,if there dne,can i cameo? He's gonna have 2 Biometals..

update next week. I need to expand chaud's sprites from giro to vent's

now that i look at it, both titles look like they're too close