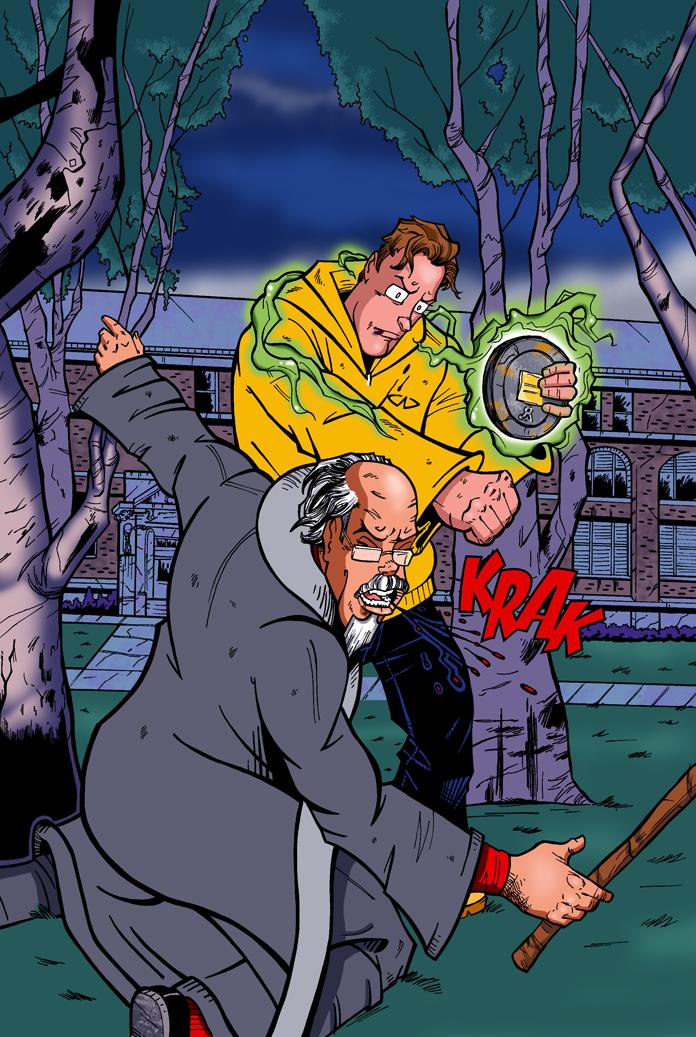 'MR. SCOOTLES' GRAPHIC NOVEL TO DEBUT IN SEPTEMBER PREVIEWS FOR A NOVEMBER RELEASE!
Mr. Scootles
Alterna Comics and H.C. Noel are pleased to announce the debut of the graphic novel, MR. SCOOTLES.

The first 70% of the book is in black and white, grayscaled art. The last 30% however is in full-color as Mr. Scootles makes the leap from his world to ours.

First published by Alterna Comics as part of their digital line-up, MR. SCOOTLES has shown that it has the potential to be a hit with the masses. A small cult-following has grown for the book and creator H.C. Noel couldn't be more happy finally release his project in its entire form. When asked about how he felt in regards to MR. SCOOTLES' debut in September Previews, H.C. had this to say, “This has been one of my goals since creating Mr. Scootles. I just want to thank Alterna and Peter for believing in me and my story.”

ooouch! so gotta order the book!

Awesome that you made it into the diamond catalog!