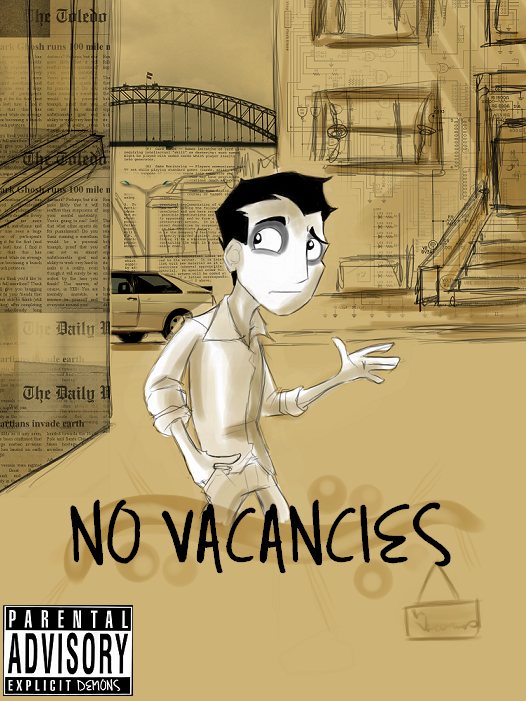 Oh look, a comic!
Not just any comic though, eh? Well, it looks like one so far…
I sort of liked the way I put the background together, and this is the style that the whole comic is going to be in. Don't let the drawing style fool you, the storyline is serious, despite some one-liners and comedy moments.
Don't worry, the “Explicit,” sign is there because I edited and put “demons,” instead of “lyrics,” it gives away a bit of the story, but I thought it was funny! Seriously, nothing to worry about on that sort of scale, I rated it “Teen,” if I recall.

Ah well, enough of me, I'll have the first chapter title and page done…er…soon…ish…

OOH! Very cool, like the style indeed. It reminds me of Steven Spielberg and the Nightmare Before Christmas/Corpse Bride and Johnny Depp :D.

EDDIE! (who totally belongs to me, by the way) You already know how I feel about this page. (Like Cheetos, I tell you!)