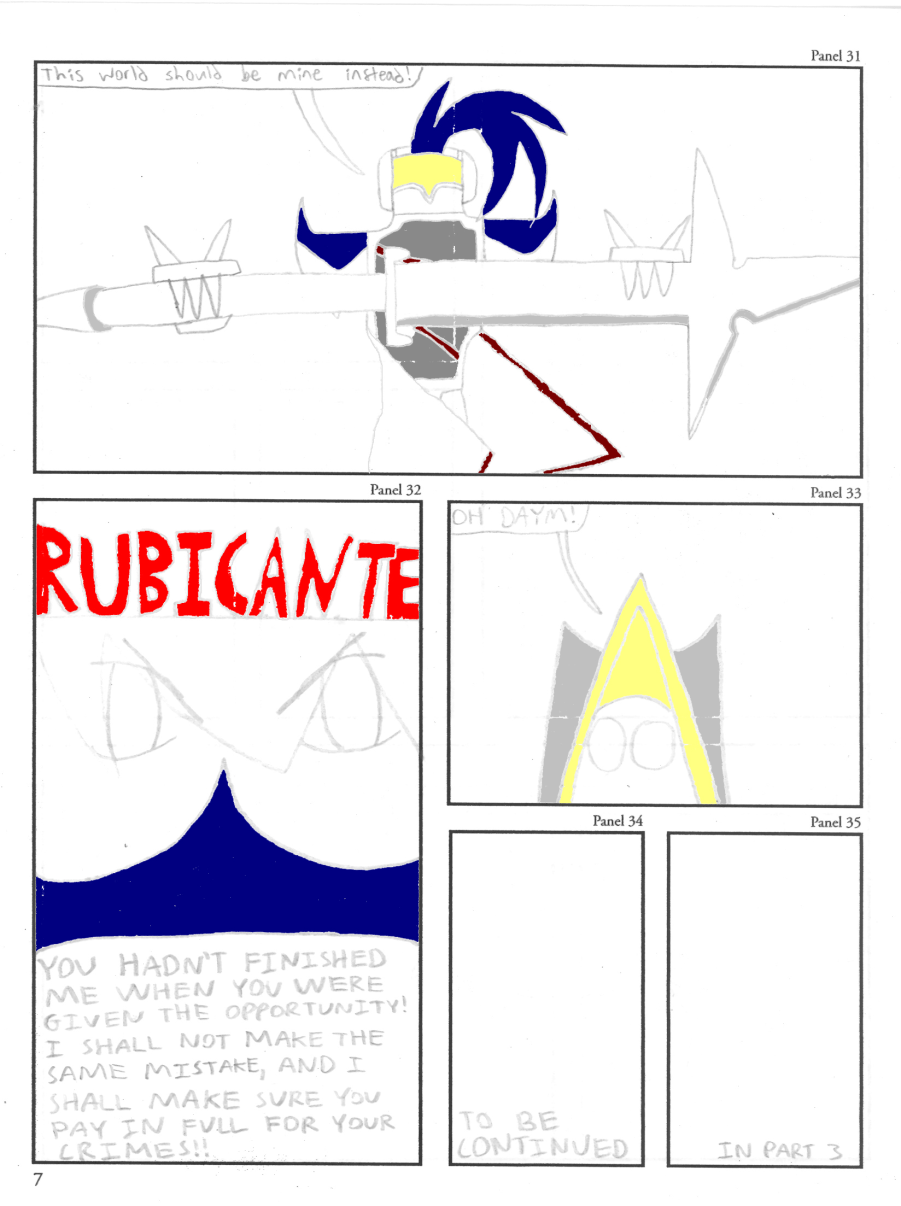 It may say “To be continued in part 3”, but I have no plans to continue this comic. If enough people ask, however, I just may continue it.

As for now, this series is finished. Not much of an ending, I must admit. Rubicante does die here. Slash also doesn't have enough strength to continue fighting.

Omega rules the world, and has the power to change it to meet his needs.

I just may continue this comic later, but that will be quite a while. I'll have a real plot in part 3. There will also be a new hero, but I won't get to that for quite a time from now.