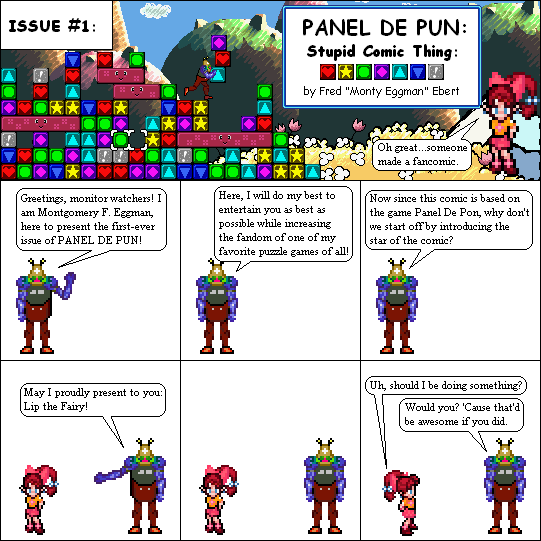 God I suck at introductions…Oh well, it'll get a little funnier later on.

Sp. Thanks: For all the comics in this section:

Panel De Pon and all characters in it are © to Nintendo. Backgrounds (once they come in) are from BGHQ.

Lip's sprite (as well as many of the others) are edited from sprites from Chrono Trigger, of which the original sprites were ripped by Tonberry2k. Monty's sprite is edited from Samus from Metroid: Zero Mission, which were originally ripped by Rogultgot.