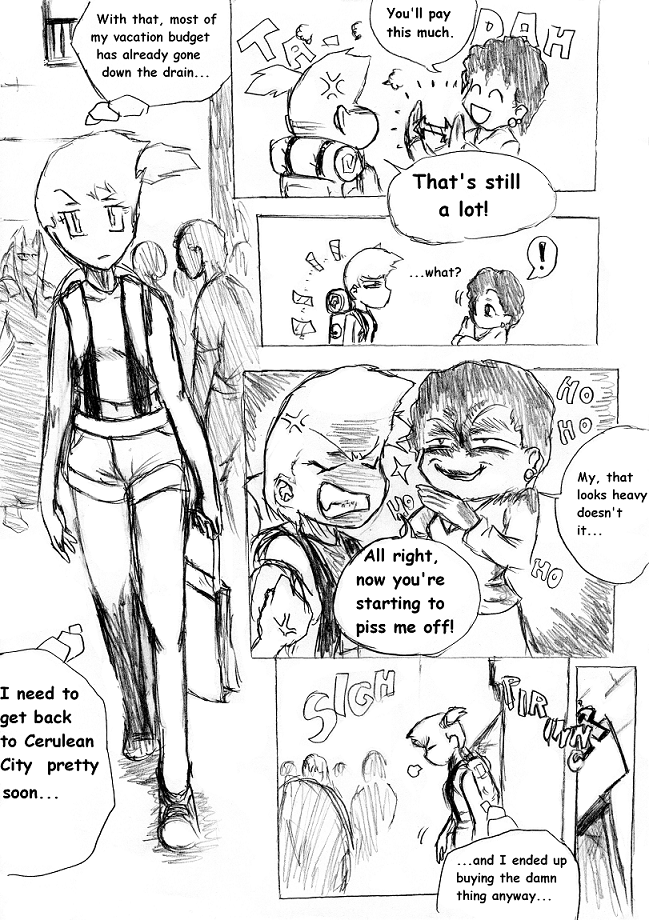 Alright, here's the deal. I've got a script for Pinnacle up until the fight with Brock at Pewter City Gym, (and a good idea of all the important things that happen afterwards) which I have used pretty much up until now. The reason this chapter is taking such a long-ass time is because this wasn't in the script, so there's a lot of work making this fit in with the rest - and I can't just skip this chapter because this NEEDS to happen as a set up for some future events. Originally, the stuff that needs to happen in these chapters happen at a totally different time and place, but the comic hasn't gone exactly as in the script so now it has to take place in Viridian City, and with other methods than was planned.

I really find this chapter bothersome, so I want to get it over with quickly and get back to the good stuff. D: I have a good idea of how to work things out properly now, though, so hopefully there won't be any three weeks of wait for the next page anymore.

lol their faces in panel 4 are funny:)

huh...very clever with hiding a character...

lol THAT many. And is that silhouette in the background Seph?

She bought it! :o