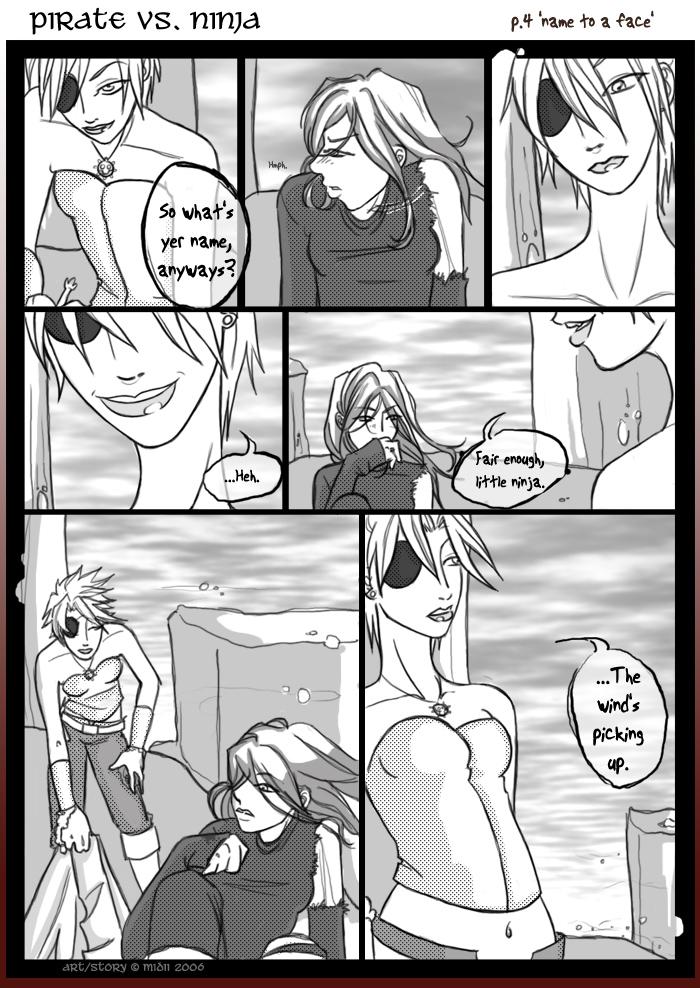 I tried to tone. XDD Triiied being the operative word. Hopefully I'll get better at it.

Sad to see dead comic's. It's always so very, very sad for me. Goodbye from my faves list, Pirate vs Ninja

I am officially this comics biggest fan. Update Midii, you're hurting my hart.

So, Obama got elected. Is it too much to hope for that you might come back too?

An update would be a nice way to say welcome back...

Well I have some art skills, but very little ambition. Otherwise I'd be making my own comic. Besides, one of the reasons I like this comic is Midii's art style. So my vote is for Midii to update. Whadda ya say Midii? :)

*sigh* Ditto I only write, I am full of Phail when it comes to art.

The last update was over two years ago...someone should steal this comic idea and make it their own...I would except that I can't draw worth $#!^.

Pirates, Ninja's, chicks. You have a winning combination here.

Yet another pearl of deep wisdom spoken by TanithBorn. Simple, elegent, and to the point. I like it. And in conclusion: update.

I Belive I shall sit here and wait with ursusred, this comic is to good to give up hope on.......I have no life there for waiting for years at a time is no problem for me.....Bwhahahaha

It's December now, the hoilday season. The spirit of giving should be overhelming you any day now Midii. So give us an update. :-D

Are you even reading these if so please update. thank you.

Please tell me you're going to update again ;_; this has so much potential, I don't want to see it just stop now...