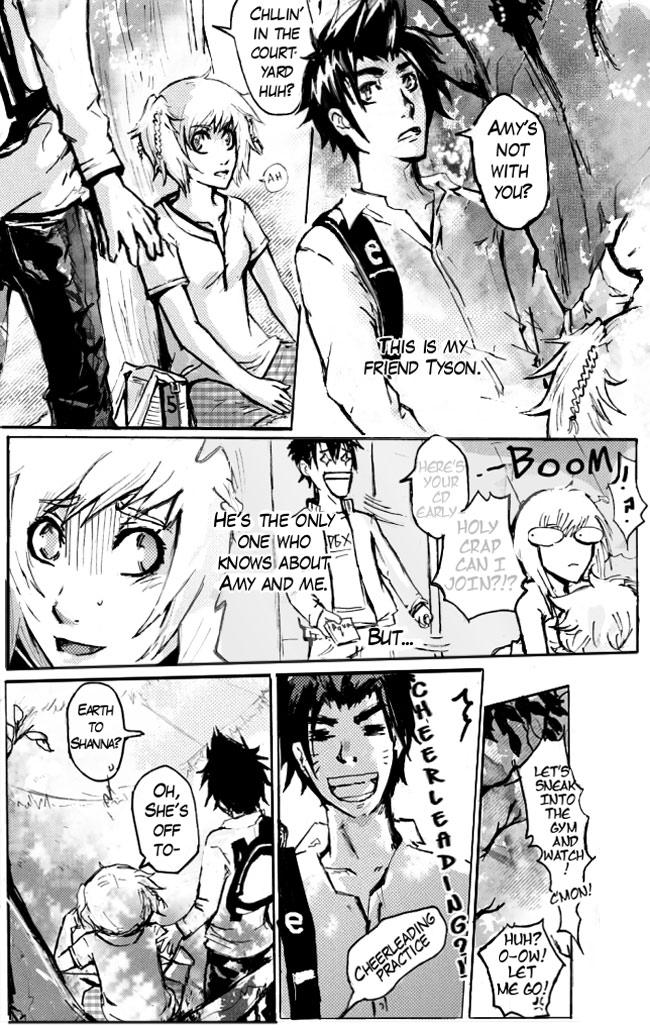 @kingtidus It's read the normal english way, left to right. :)

I'm not sure whether this comic is right to left or left to right. please help

Like the way you drew tyson he looks cool. Your shading is awesome.

They're all chubby now =3

i lvoe it more n more each day XD _x

No problem Skull. I saw it as soon as I got on 4chons, and immediately said, "This needs to be posted."

Getting better and better all the time!

Poor Shanna must be so confused.

Wait, Tyson was inspired by me? =p

I really like your style too, especially the shading! I'm glad you have such a big following on this as it is so good!

@Dirk Oh again? That stalker just gets dumber and dumber. A lulzy read though. Also muted for other DDers don't have to see, nothing personal yah? ;)

very pretty... i can see that you improved a lot :)

Heheh! This page really gets Tyson's personality across, and shows just what Shanna thinks of him.

i liked the original 2nd page better, but this is still good

beautiful tone work....not sure how it's done, but looks great!! what font do you use for dialogue ballons?

Tyson is my fav lawl.