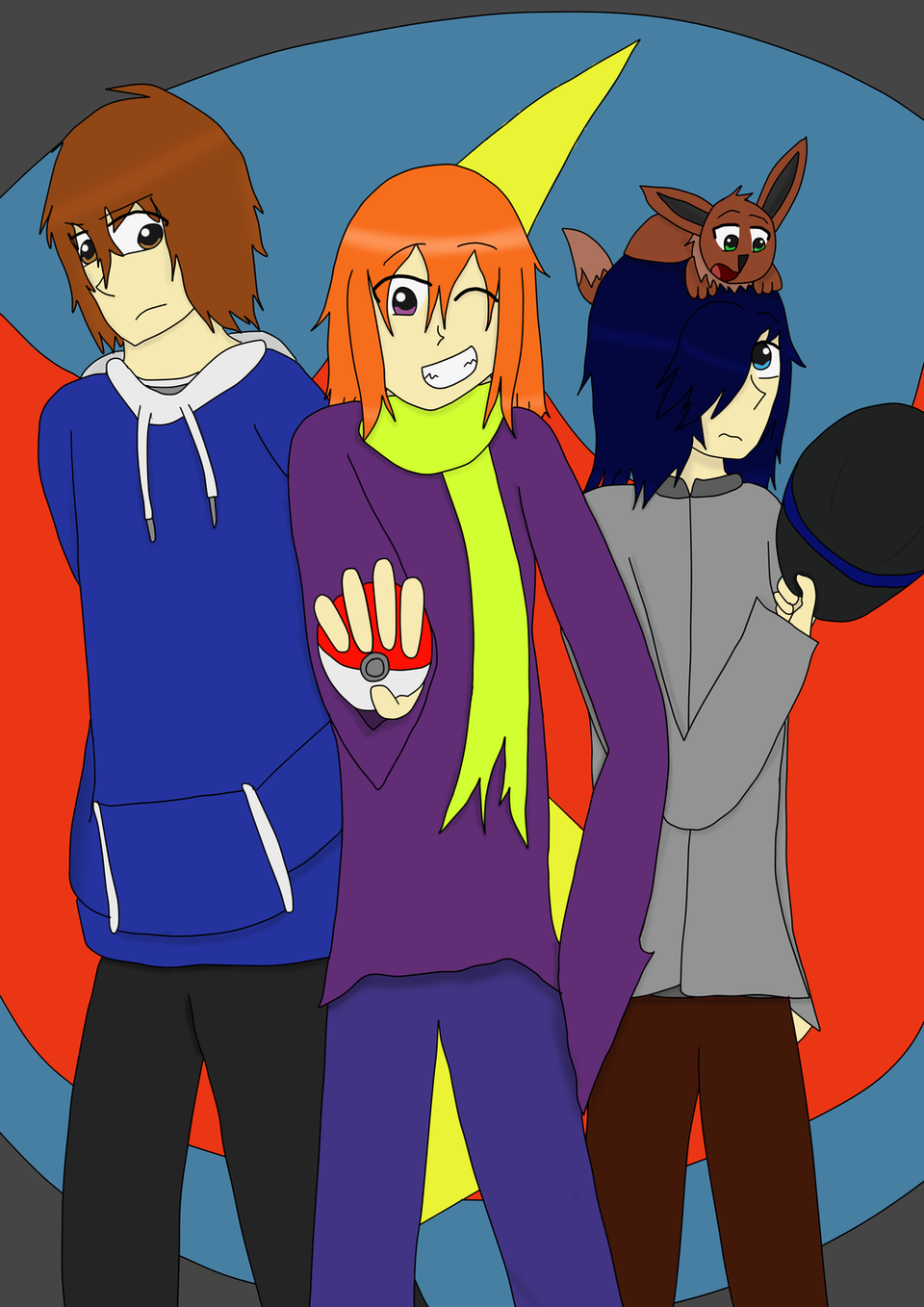 Gotta Save 'Em All!

No, this comic isn't out of hiatus.

Yes, this comic will now be drawn.

The 2 main characters from before have been revamped, and are now the characters you see in the middle and on the left. Takeshi has become Teru, and Skye has become Yuki. They both play a very similar role as they did before. The last character on the right is Sai, another trainer who joins the other two later on in the journey. And that on her head is her trusted Eevee, whose name has not been chosen yet.

Don't expect any new updates for a very long while, but this should satisfy you for a while, hopefully.

*holds up pen* I AM THE HER- *trips over horrible artwork* NEVERMIND.

*GASP* YOU... YOU'RE THE CHOSEN ONE. THE ONE HOW WILL BRING SPRITER'S AND DRAWER-ERS TOGETHER. THE GOD'S HAVE FORETOLD.

Haha, I actually thought them out. You see, their names come from stock names for the heroes of the game. And, believe it or not, none of them come from the Japanese stock versions.

Ew no use different names, not "Takeshi, Yuki and Sai"! translate.google.com if you want to make a gudd name in japanese without using common ones!

Good to see you back Squishy. Looking forward to future updates

You have great drawing skills!