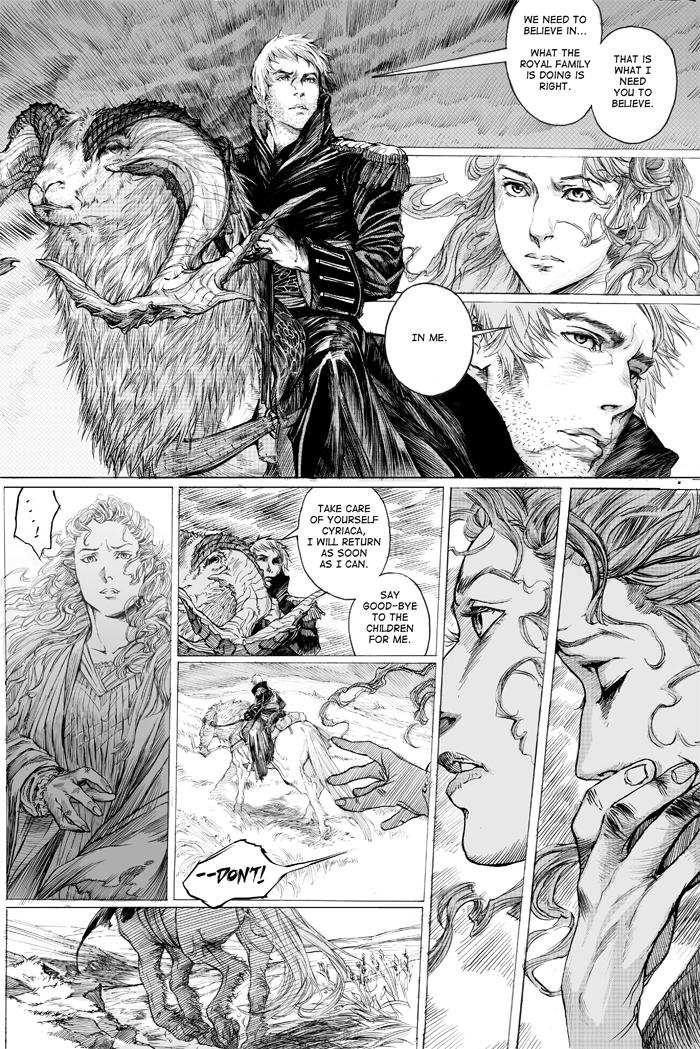 whoo s'cuse me, its an old page old old page… never mind the shoddy toning as I will be drawing with more detail and let the lineart do the work in future updates, if there be future updates coming soon. Let's be honest, I've been secretly super busy trying to get Scorch in print, RoA may follow suit in the distant future as well.

Your style is amazing and the story seems interesting ^^

Beautiful! You are so faved, again.

Spectacular comic, the art is just phenomenal, really hope to see pages in the future :)

wow,amazing skills ...and he ride on really strange "horse"

Wish I could draw as 'shoddy' as you. If I could, I'd apply for a job at Marvel or DC.

It GD BETTER follow into print! Although I grumble in the general direction of the cinematic trope of "I married the big scary dangerous guy and now I want him to forget all that and turn into my little teddy-bear."

I am teh Hero mehr mehr I serve King and Country. Back to teh kitchen, Woman! She doesn't look very convinced in panel 2...

love the ram/deer/horse thingie! I guess the word "shoddy" is subjective.

I don't know how you can call this shoddy, you're art is amazing.

i forgot this comic existed. nice.

he's an idiot. But youare awesome!