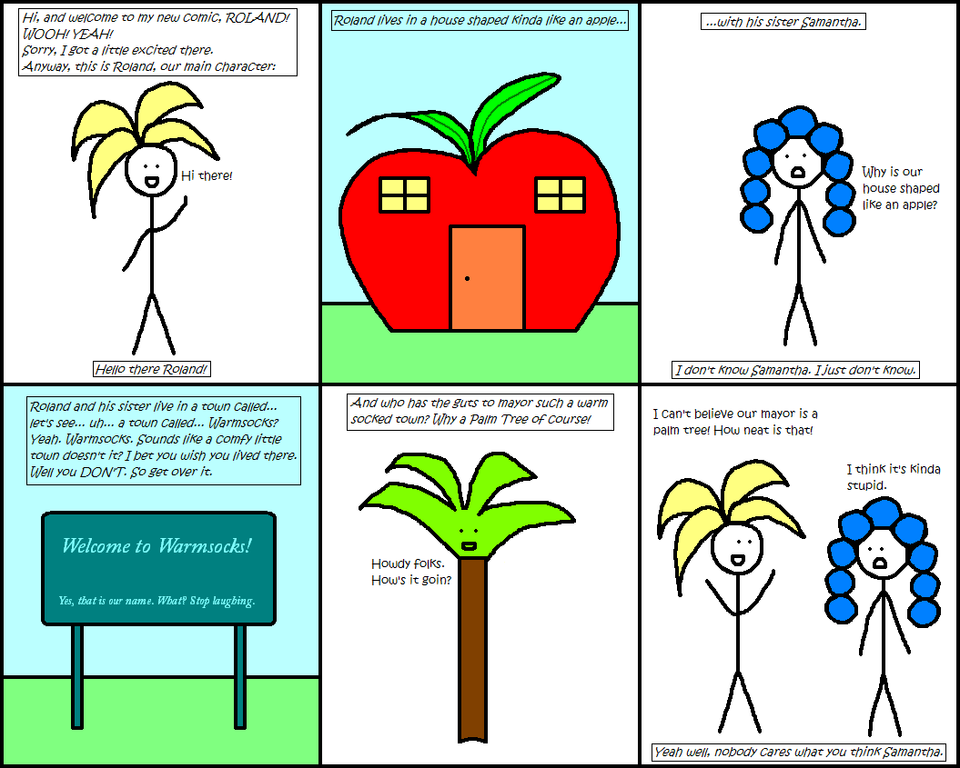 Well there you go. I finally finished Page 1! Yay! It took me forever to figure out what I was gonna do. I think it turned out rather well. Considering I have no idea what's gonna happen next.

I was originally gonna make his house shaped like a pineapple, but then it occurred to me that spongebob squarepants lives in a pineapple under the sea. And I really dislike spongebob. Therefore I turned Roland's house into an apple instead. I don't ever want to be associated with that damn sponge.

Also, I never planned on having a mayor, let alone have it be a palm tree. It just sorta… happened. Plus it helped me fill in the last two panels. I was having trouble figuring out how to end it. I hope I did a good job.

(EDITED) I WAS gonna try to update this comic at least once a week, but I think it'll just end up being updated whenever I can think of some ideas. Which will probably be longer than anticipated.

LMFAO@! well no one cares what you think samantha!

It's like Men In Hats mixed with some crazy children's show.