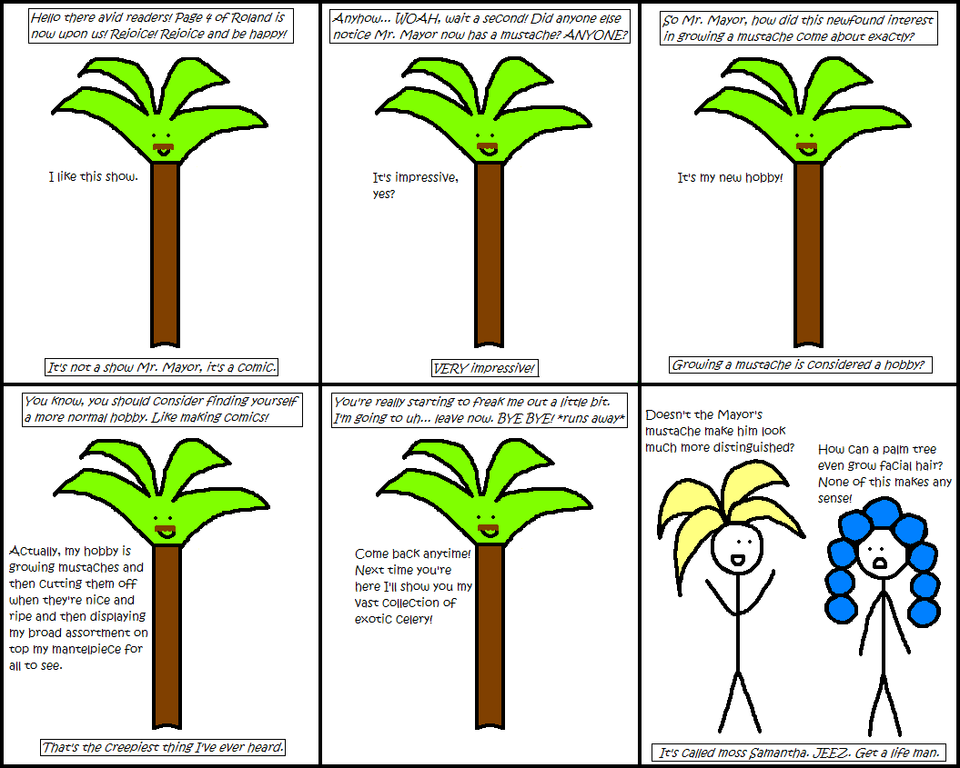 This page was originally not supposed to be about a mustache, but as I was doodling Mr. Mayor last night I noticed afterwards it looked like I accidentally gave him a mustache, and then WALLAH! A comic idea!

P.S. My brother just suggested to me that I should change the name of this comic from “Roland” to “Samantha is stupid.” He also said I need to stop ending every comic insulting Samantha. I say, NEVER!

i noticed yay! i also never get bored of samantha being told to shut up or get a life or...well anything that involves being mean to her! ha ha ha ha