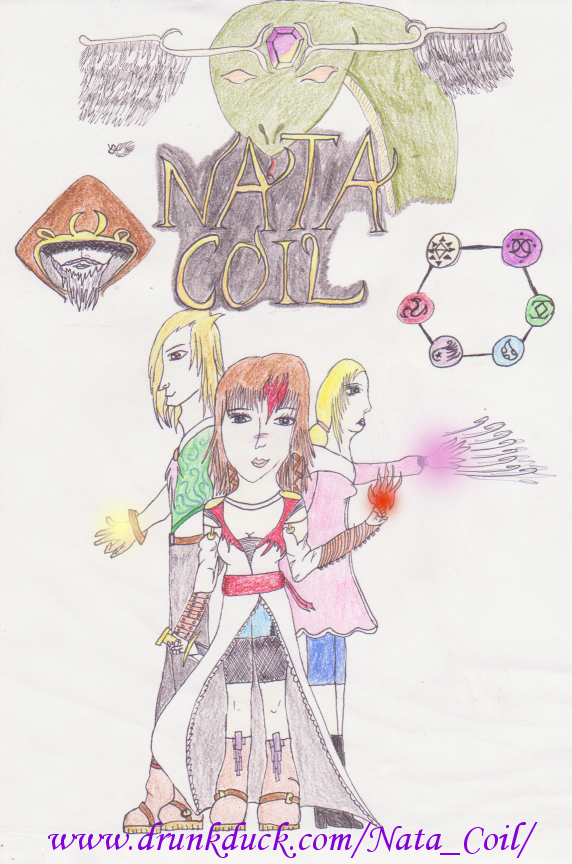 Don't get too excited!


Unfortunately, 7D isn't coming back. It's been well over a year since I last updated, so I guess it's been a long time coming. I'm sorry there's been such a silence from me. My other two comics have updated sporadically at best, but this one has definitely fallen by the wayside. It's sad, but to be honest I rushed into it, with no clear plan about what was going to happen.
So, I'm doing what a lot of people do and starting again, from scratch, with a brand new comic (one that actually has a backbone resembling a storyline).


I want to get into comicking more regularly, now that I'm a bit settled into university, but as I have exams in January, this may not be possible until the New Year. However, I've built up a short buffer which should hopefully last me until just before exams end, if I post one page a week.

Fingers crossed I can actually keep this all going.

I really hope I'll get to read some more from you soon. :)

@Jerrie & Dark Pascual: Thank you, it means a lot. I'm sorry too, I wish I could keep updating this one but I kind of lost the way with it, and I'd rather produce SOMETHING for you guys to read. Just thought I'd better make the end of 7D more official :( Nata Coil is all ready to go, accessible via my profile, and I'd love it if people could check it out ^.^

On one hand, sorry to hear that you are putting this on permanent hiatus... However, best of lucks with your other projects...