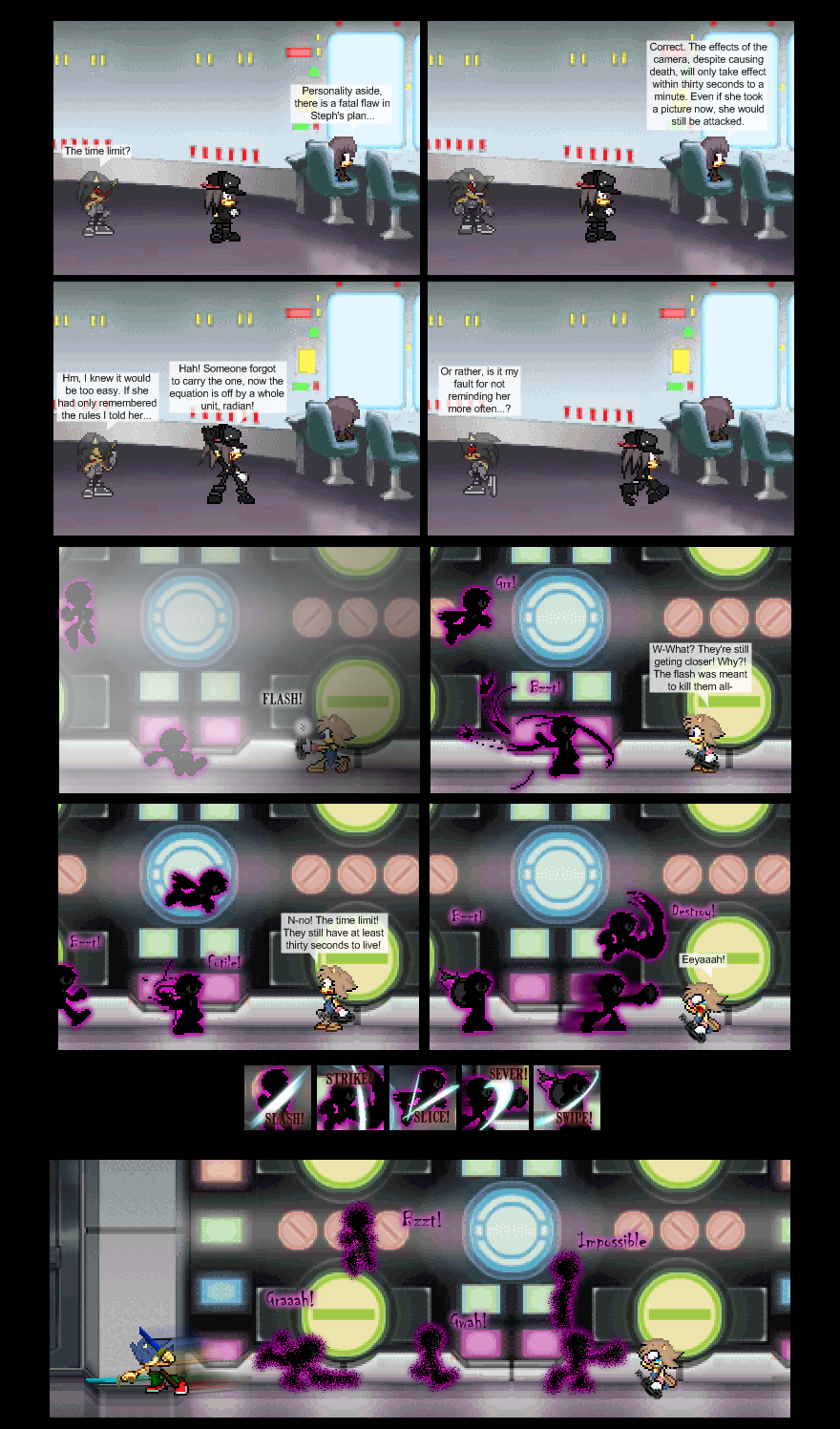 Ugh so tired. ^^' I left this too late, so ignore any typos here or on the comic if any, I'll correct them when I'm more wide awake.

So hey, its that guy who appeared on the first page all dark and grey scaled, back when the comic was going to be multiple small chapters. Through the course of the comic, I've come to like these characters, so they're not going anywhere any time soon!

I like adding the mouth to Sho's pose in Panel Four. I like the little fang I add in, and he looks so awesome! XD Too bad hes a total ass, but thats an even better reason to like him!

Poll - Which character do you like the most so far?
Keep on smilin'! ^_^

the guys with sho's hat and the shinigami.