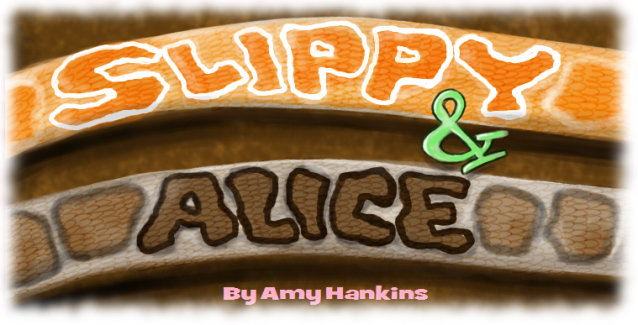 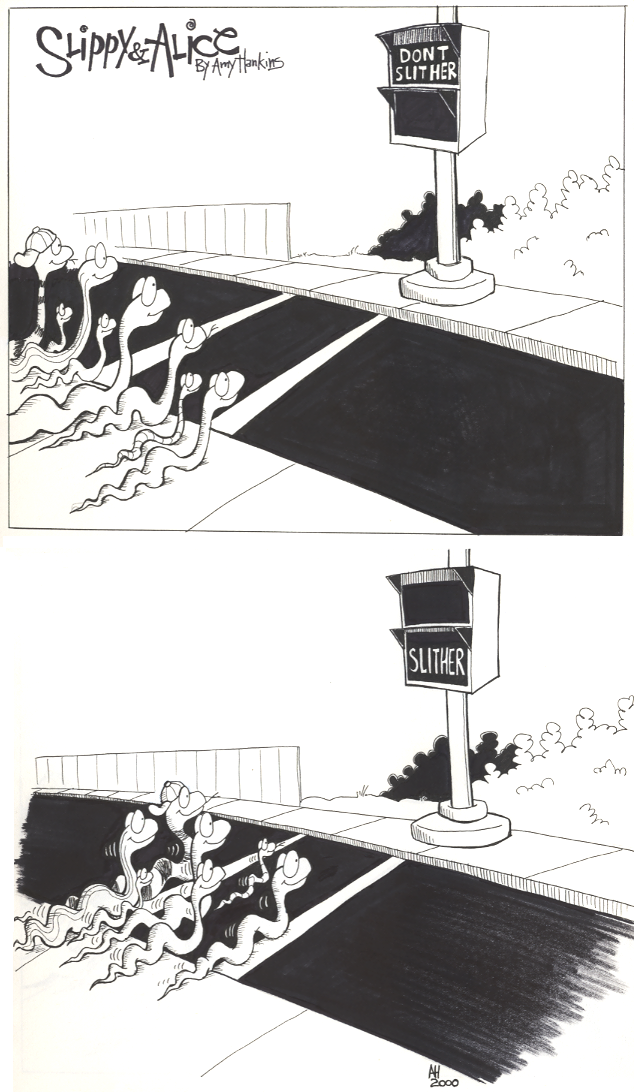 I started Slippy & Alice in 1999, for the Southwest Missouri Herpetological Society's newsletter. I was editor for it for about eight years. Slippy and Alice appeared in an issue every now and then. I started it out as a one panel gag, but many of the cartoons wound up being multi-panel strips.

Slippy and Alice are based on the real Slippy & Alice, who happen to be two pet snakes I have. My little brothers named them. They were born in 1994, and I have had them since they hatched.

I decided to post these comics here at DD, because I felt they were pretty good and I needed a place to archive them easily.

BTW: For those who don't know, herpetology is the study of reptiles and amphibians. It's another hobby of mine…

I'll be posting a few of these each day, in random order. This I chose for the first because it's one of my favorites.

Snakes in a comic! somebody call Samuel L.!

Hey, glad you like. These have been lying around in the vault, and I thought 'why not share?' Thanks for stopping in!