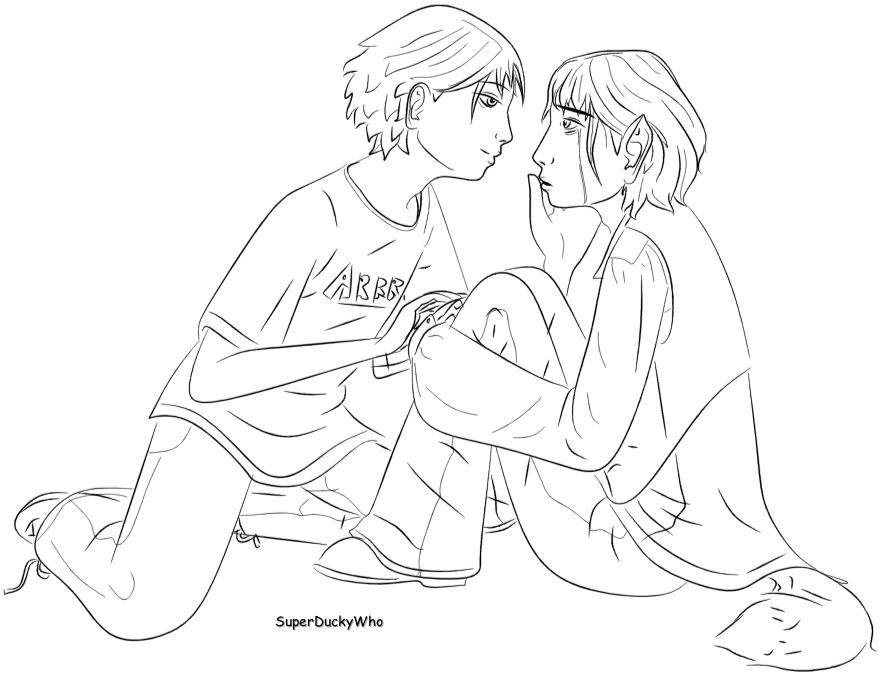 Hi everyone. I won't be starting right away as I'm getting ready to head back to college. Once I get there though I'll try to be as steady as I can. I'll just start off by posting a random pic I made of two of the characters, though these two won't be seen for a long time. It's Jack being angsty and Ban trying to be helpful, a common scene I suppose.

Also, this won't be the medium I use normally, since I like charcoal and pastels and all those messy art supplies that can make a scanner scream. Hope everyone enjoys!