Sonic In The House 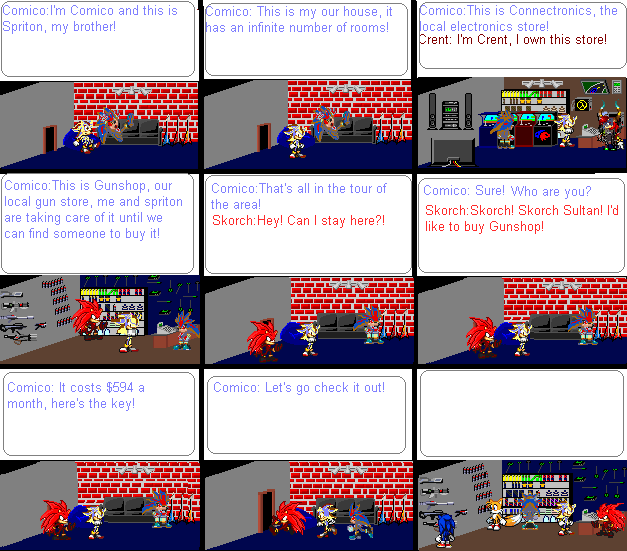 Aweosme comic! is manegg gonna be in this one? he was the best in comico!!!

Four things: One: Where'd you get the card thing for your avvie? Two: I suggest you put a little more work into the sprites. Right now they're basic re-colors. Three: It seems a bit rushed. You could've kept Skorch out of it for a comic or two. Four: The names are too simple. Comic then add "O" Sprite then trade the "e" for "on" And Skorch is a different spelling of Scorch. Don't worry! It has alot of potential since it's just beggining!