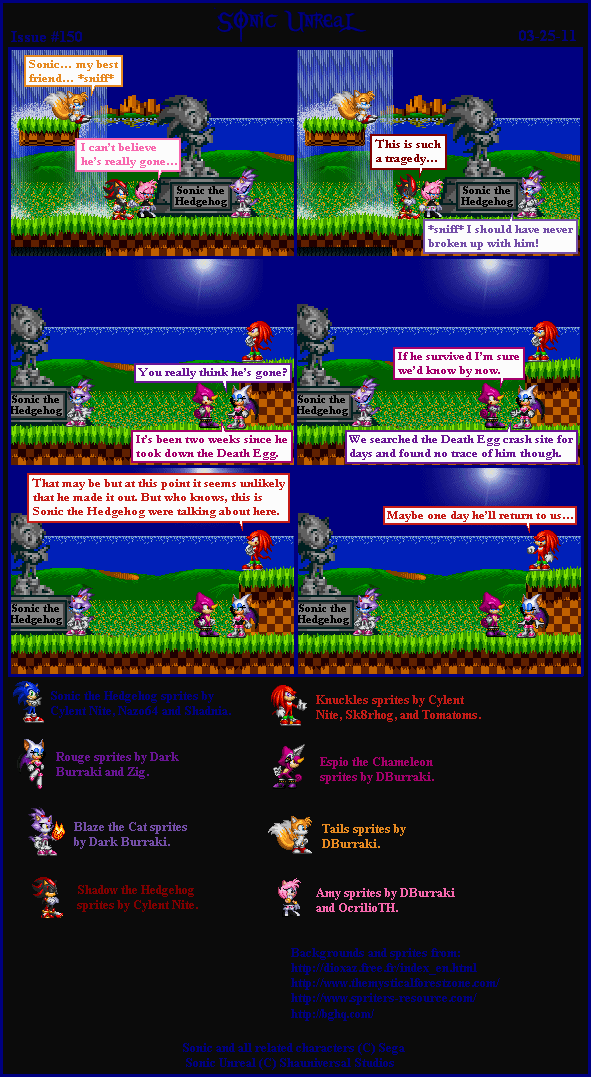 Final issue of Sonic Unreal. I don't know why I never posted it before, it's been done for over 5 years. But here it is in case anyone remembers this comic. I also noticed issues #46-#49 were not loading so I fixed them. Hopefully nothing else is broken.

Oh also in case anyone still has interest I might be making comics again. I've had another series planned since Sonic Unreal ended but I never got around to it. I worked on it tonight but that doesn't necessarily mean I'll work on it again. I've also been working on my other Sonic comic S3's script a bit today. Again this does not mean there will be more S3 or a new series anytime soon… or at all. But maybe sometime there will… I don't know yet.