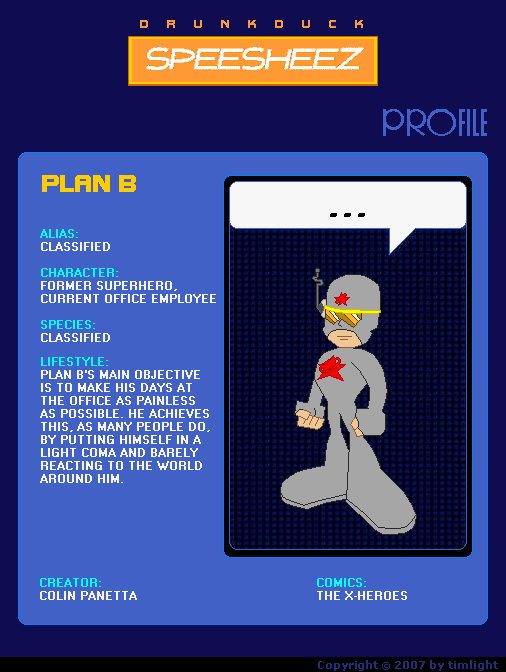 Powers/Skills:
Plan B's powers fit his military nickname of ”Ol' Wrecking Ball". No physical force has ever been seen to cause him pain, and he can throw a bus over a building without breaking a sweat.

Background (History)
Plan B was a top secret weapon for the government, unknown to many even at the highest levels of power. After being dropped out of a plane he would often carry out tasks that required the brute force of a whole squad but the subtlety of a single man. From infiltrating an enemy compound to destroying entire small countries, Plan B was the governmentÃƒÂ¢Ã¯Â¿Â½Ã¯Â¿Â½s garbage man. Plan B came to resent this work. He came to meet Captain DeathRay, who was at the public side of the government's superhero branch (known as Super-S.A.M.) and unhappy with his own government appointed tasks. They decided that they could do more for the public (and themselves) on their own, and created The X-Heroes.