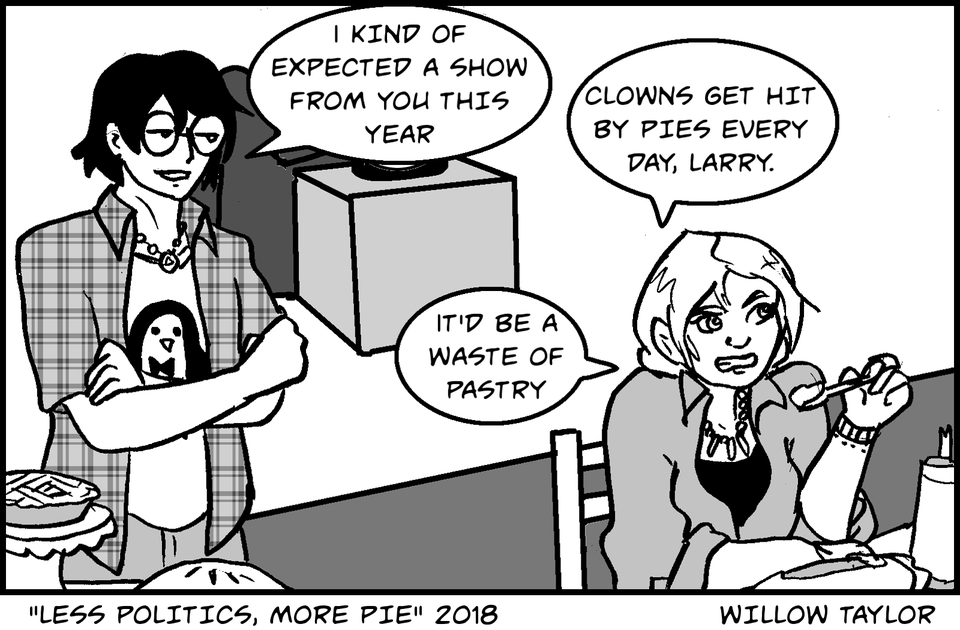 I feel plenty defeated by this year, I'll be honest. By a lot of things. But there's still pie, and it's still good.
I mean, sometimes it isn't good, and that's disapointing. But if you run across a bad pie, the thing to do is to stop eating it, and not to let it stop you from enjoying pie again later? Someone else doesn't like pie at all? SO WHAT. EAT YOUR PIE.

The flashdrive with all my files for the comic isn't being read by the computer. I have the files elsewhere, mostly. But I'm pretty discouraged. But even though I haven't really updated in years, I don't want to give up.

A weird suggestion - but try reading the flashdrive from a different USB socket on the same machine. (Never mind why that suggestion comes to mind. Just never you mind.... :P )