Tales of the Adventures of Mr Magic Man and Glob 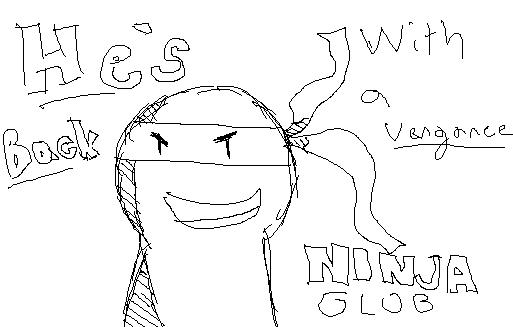 I'm so happy :D Today February 17th is the 7th anniversary of the original Mr. Magic Man and Glob comic! It started after my brother made a comic then continued from there :D I cant believe its been 7 years since 2002 D:
A little history: I drew the first one February 17th and then stopped almost immediately after.. About two years later I picked it up after a friend urged me to. I drew it again for about two years. and now I started again :D right now I'm just remaking the originals with my new art style.
EDIT: A comic update here:
http://www.drunkduck.com/Tales_of_the_Adventures_of_Mr_Magic_Man_and_Glob/?p=522342