The Adventures of Calloway 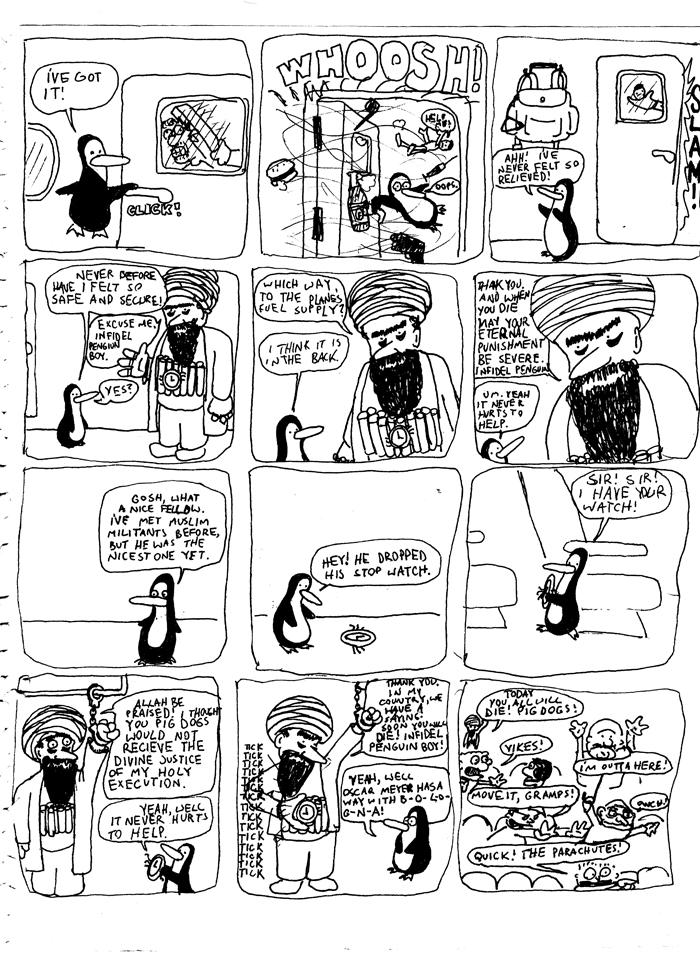 I would like to add a disclaimer: this cartoon was drawn nine years ago, before these jokes would have been considered by some to be “in poor taste”. That being said, I probably would have made it even more in poor taste if I had drawn it today.

You shoulda waited a month and posted this in September. That woulda really freaked out the squares.