The Adventures of Shylock Holmes 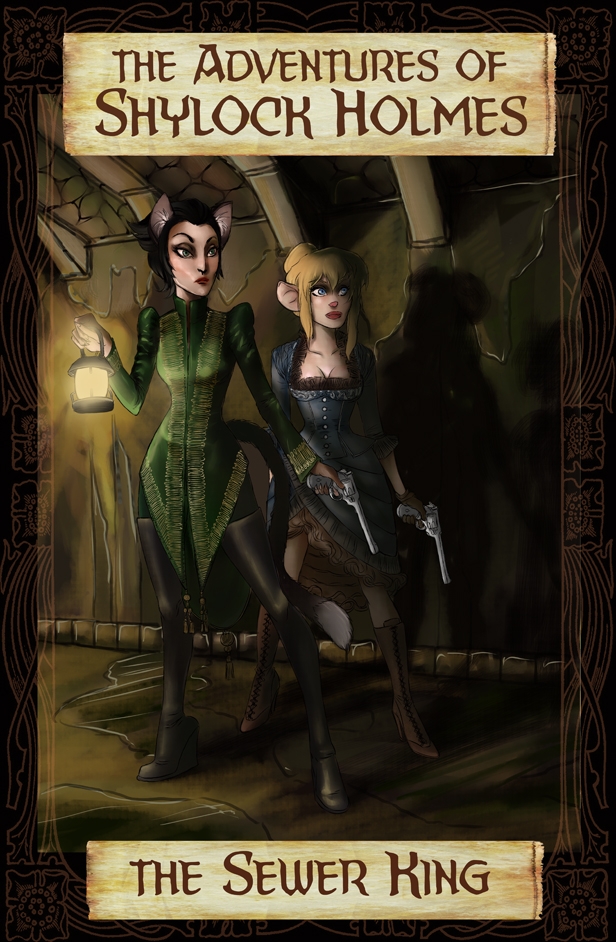 How do I even begin to describe this. It has an interesting origin, actually. I was badly, badly sick for a fortnight while trying to cut down on some medication I'd become addicted to, and every night without those pills, I'd suffer a fantastic fever dream. And out of nowhere, every night for 14 days, I'd dream I was a catgirl Sherlock Holmes.
Now, I've been a huge fan of Sir Arthur Conan Doyle for many years. I've quoted him many times in my other comics, and borrowed a sentence of his for my life motto.So while yes, I was a catgirl and Watson was a little blonde with smashing tits, the dreams were actually extremely in character.
And so, I'll make this unbelievable promise to you.
Yes, yes that is a catgirl version of Sherlock Holmes… but I daresay it'll be the most faithful adaption of Holmes-with-breasts I think you'll ever see.

This promises to be very good. Cats, Doyle and Deduction. The Game is afoot!

How appropriate - an ex-addict, beginning a new twist on the notorious opium-using detective. You don't play an instrument, by any chance, do you? B-) Lovely detailed art behind the quirky characters.

Oooh how exciting :D. Looks like this will be awesome. Beautiful cover <3