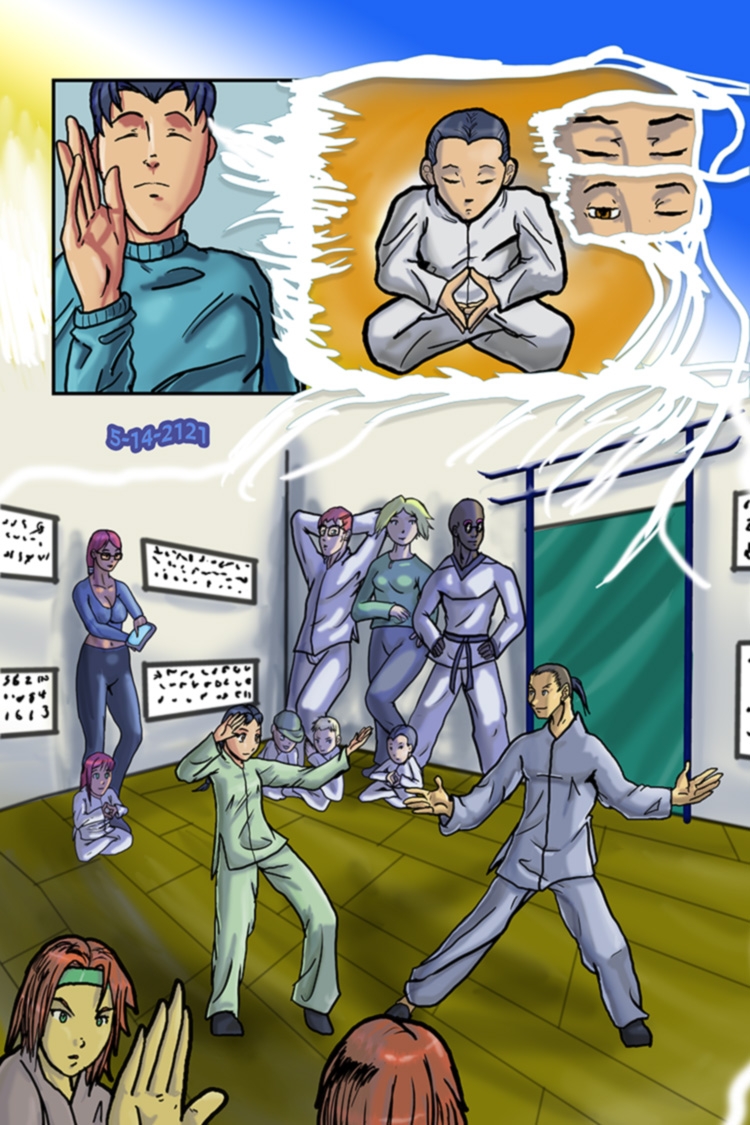 This is an image I had for page 6 that I just recently removed due to wanting to go a different way with the story.Here is my original commentWell hi there!For starters I'm going to try to go to 1 update a week for now. Every Wednesday. Till things get a bit more routine/normal around here and I get through holidays.So if you missed my messages from the previous update I had a LOT go down that prevented me from finishing my next page on time.1st I had a PC issue and had to get a new power supply and reinstall windows.Then I had a baby. His name is Samuel Archer Paul Taylor and was born on 11-14-13But he was premature so they had to fly him to NICU and that was pretty scary. But he's finally home now and he's perfectly healthy. You can read more about that and see pictures of him hereWhile reinstalling everything I decided to go ahead and upgrade to Manga Studio 5 EX and PhotoShop CS6.But I also lost a lot of my preset brushes and stuff so I'm having to remake them. In short I am really unhappy with this page. Especially considering how long it took me to get it to you guys. But there are some cameos here too!Who do we have on this page?Jocelyn from Bad VibesBen from Tales of the Unpredictable ChaosJax's dad from Comet Kid Cassandra and Caitlin from Twenty Four SevenCeles from Parasite Galaxy