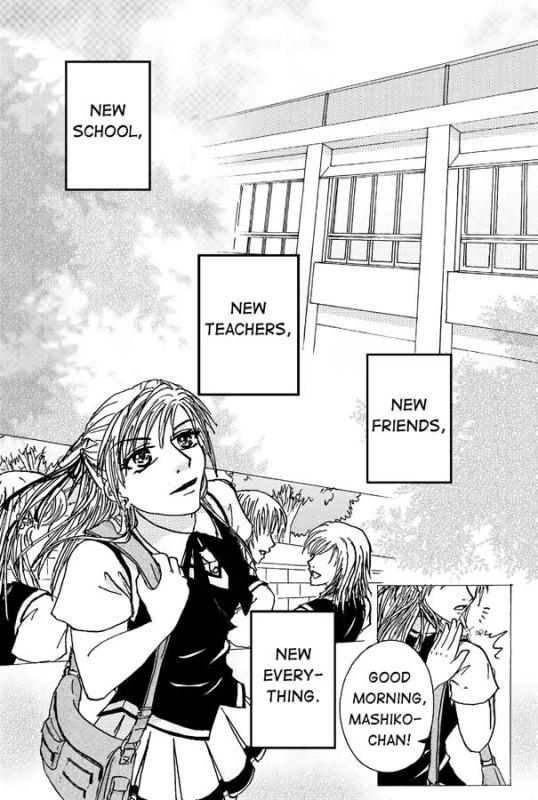 Man, wouldn't it be great if I also have new site layout?
(not to mention this is a *NEW* version) XP lol

Almost everything is new
The plot is also new.

The only things about the story that are same are: characters & Mashiko has amnesia

When r u going to draw more!!!!T_T your good! i draw manga too but since i don't have a scaner i have to use a paint program to draw the way i do and it took a whole year to get to me normal drawing level!!!

Love the story so far, both versions!

I love color. Where is it?

man... i forgot that i said i would read this new one so i didnt fave it and i completely forgot that it even existed...sorry...i faved it as soon as i remembered a couple of minutes ago... ...it is looking really good so far...i hope to see more soon...

The detail, the perspective, the arrangement of koma (boxes). It's all so beatiful! :) I must study it! :o

ooooooooh this is going on so really gooood XD!! Love it!!

awwwwwwwwwws i miss the color:3 lookin good tho!

I don't know either But it's not going to be anytime soon. I'll make an annoucement about it in my so-called "blog" : )

and also her school uniform is the same :)

It does look [i]slightly[/i] weird, but hey, she draws way better en' me. xP

Hmm... I wonder what the new version of the story will inhold. You made me curious. ^_^

is it me or does she look wierd?

lol no, Kagomas, I will NOT rewrite this over again. This will be the last time I'm re-making this manga :)

Well golly gosh, this is a definite change from your last comic. But any chance you could not change your mind halfway through this one?

I so understand your reasoning for redoing it over and over again. I do that a lot to, though I hope not to overdo it. The new try is great, as were the previous ones.

So, then, the new school mirrors the new incarnation of the comic, huh? That's great. Looking forward to seeing how you play with the amnesia. I'm a psychology major, and the accuracies (and inaccuracies) of how people represent things like this always fascinates me. And I'm pretty sure you've done your research, so I'm expecting good things. ^_^