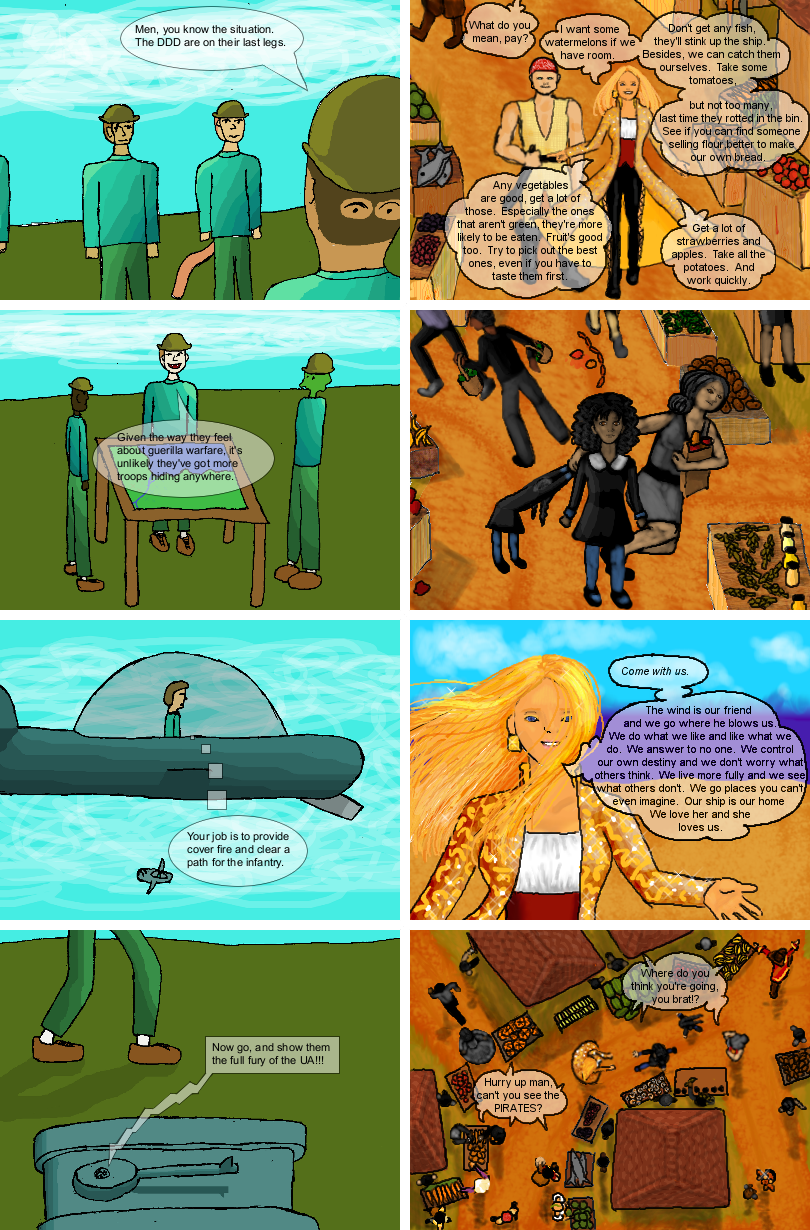 In which LittleBeast's army's secret is revealed and the pirates do their thing.

Since I didn't get to introduce the comic on the first page, I think I'll take the opportunity to do so now. We really didn't plan or discuss things much ahead of time. “Create your army - four panels - 300x400 pixels - go!” So we were both surprised when we lined them up next to each other. Especially seeing the parallels we'd unwittingly created.
For example: In the first panel of the first strip, the three tents line up with the three masts of the ship; in the second panel two characteres are shown; the third is a wider shot; and the fourth shows several characters clumped together but you can't see anyone's face.
In this strip, the first panel focuses on two characters; the second, three; the third, one, extending to the left border; and the fourth panel is another odd shot that doesn't show anyone's face.
Or maybe I'm overanalyzing. But anyway, so far I'm having fun and I hope we'll all go on being pleasantly surprised!