This Way To Hell 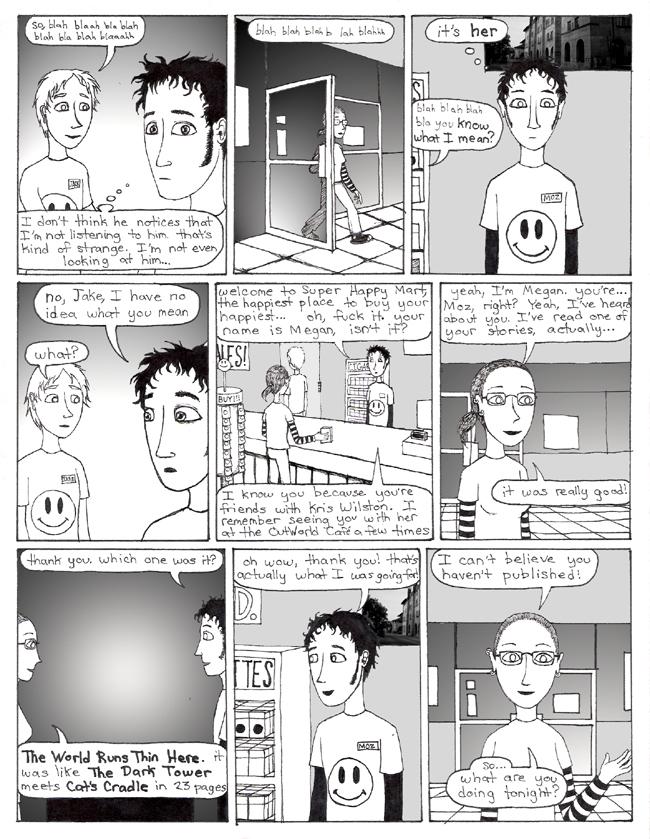 I've actually had this page ready to go for a couple of days, but I don't have the internet at my apartment yet, and I've been working two jobs, so time has been a little sparing (however, I always have time to draw, so the comic itself won't be slowing down any). also, I'll finally be able to buy some better paper. it's ironic, this being the actual fourth version of This Way To Hell, and whereas all the other versions sucked horribly (so far as the writing was concerned anyway, thank you very much Mr. Writer's Block) they were all drawn on much better paper, enabling greater detail and crisper lines. Currently I've been using regular old copy paper, and let me tell you, it sucks. That, and all my pens are old and tired, and really need to be replaced. So, I'll vex that soon.

Since I'm already rambling, I might as well go ahead and thank everyone who has wasted their time to read my comic so far. I've noticed nine of you have added me as a favorite. yay! I have a lot of things in store, and hopefully I'll be able to keep you all interested. I also apologize for the cheap shortcut backgrounds I've been using. Maybe when I get some new paper I'll be a little more articulate on what's going on behind everyone.

just to let everyone know I'm still working on the comic, but I've had some problems with my computer and it looks like I may have to wait until I get a new one before I can upload anymore pages (which I plan on doing as soon as possible, but it may be another month or so). All apologies and I look forward to returning.

ya i know someone who said they know people are ignoring them but keep talking anyway. interesting update

oops... my bad it's just on this page. Your other stuff looks much more natural.

Hmmm... nice start but I think you need to loosen up a little.