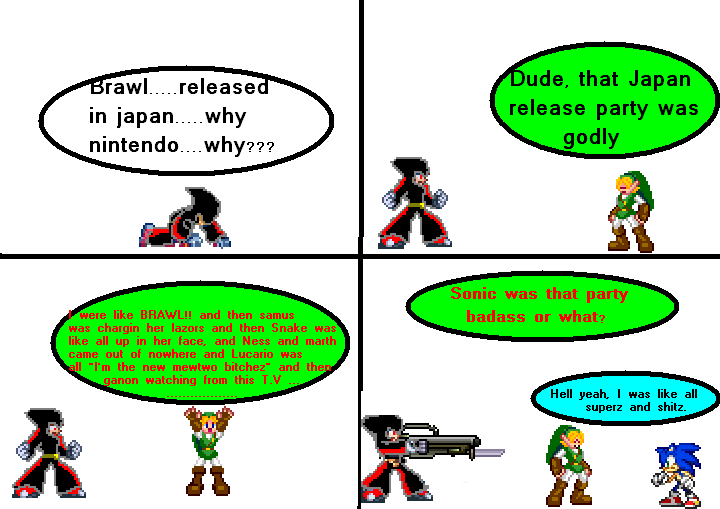 …..As we all know brawl was released in Japan yesterday. Which is good for the simple fact that My gaming hub is gonna have it when I go in later today, however….there is something that just ….destroyed my brain cells…however many few there was left. #1 Ness,Marth, C.falcon, Ganondorf(TP)and LUCARIO are acually in the game. Use youtube, its will make you brawlgasm with joy.

BOOYA! The King of Darkness is BACK! BWAHAHAHA! ...what? just cause i "killed" Ganon in my comic, doesn't mean i DON'T like him in fighting games...