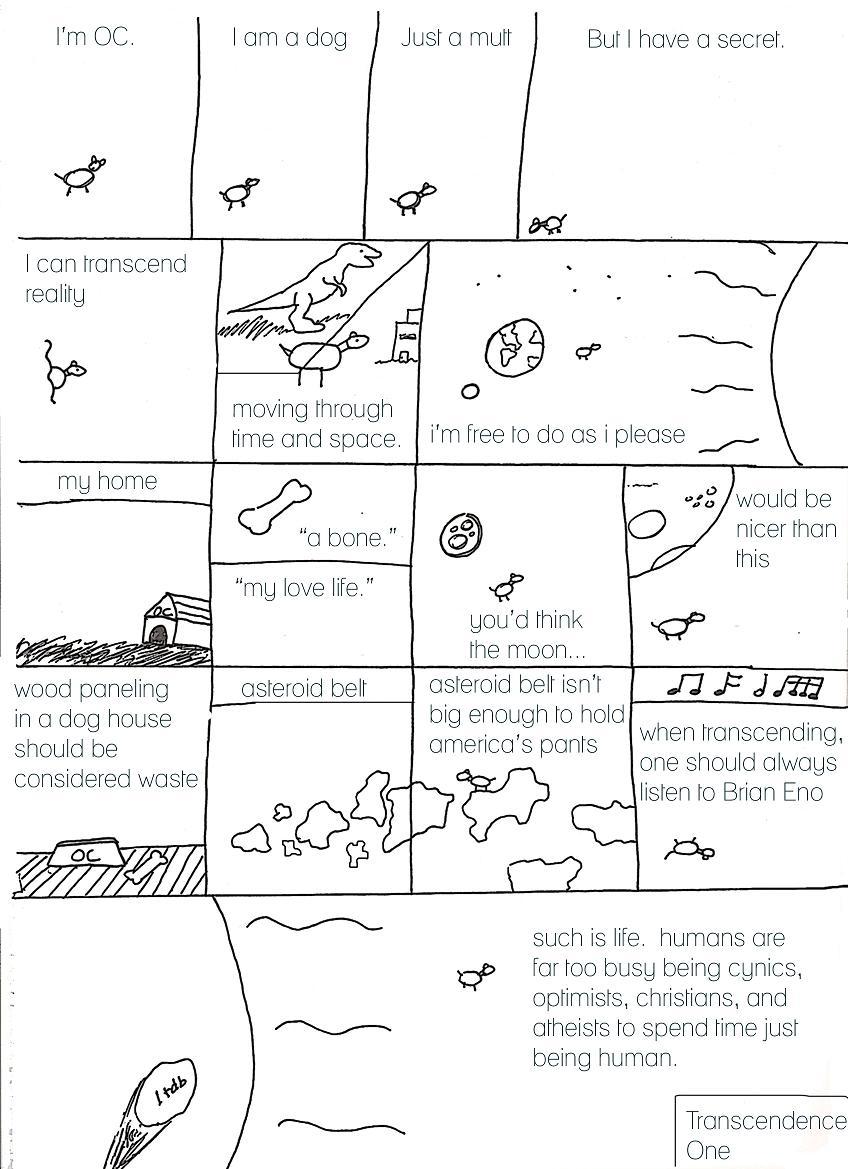 Sitting alone and terribly bored one evening, I was pondering the meaning of life. It's a simple thought really, it's just terribly hard to explain. “How can one properly describe life in such a way people will understand it without taking particular offense to it?” Well, you put the role of the protagonist as something inhuman.

So that was the beginning of what I hope to be a long, continual story of OC the Dog, whom has the ability to transcend reality. Though it has a humorous backdrop, it will often (hopefully) both attack and defend popular belief, pulling readers out of the comfort of their reading chairs and into the realm of deep, praiseworthy thinking.