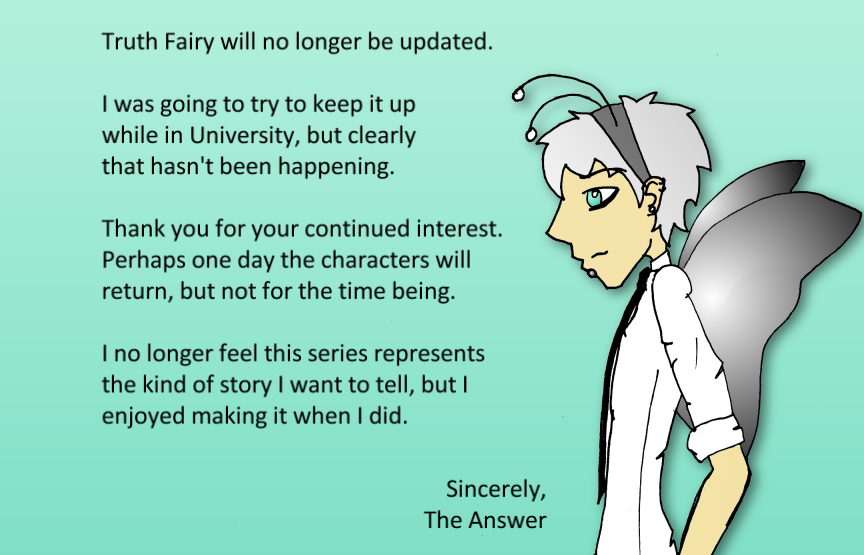 I realize you've probably figured out by this point that this comic is not going to be updated ever again. It's been 2 years since a proper update, but I kept thinking that one day I would get around to starting it back up again.
I've come to the conclusion that that is never going to happen, partially because I don't have the time (or drawing ability) for it anymore, and partially because I don't feel like this story best represents my writing abilities and the kind of story I want to tell.

It was fun while it lasted, but I am moving on now. I was going to to just delete the comic, but the stats say that it still gets views almost every day, and only slightly less than when it was updating regularly. People are still enjoying this comic, so I would like to say thanks to those of you that do.