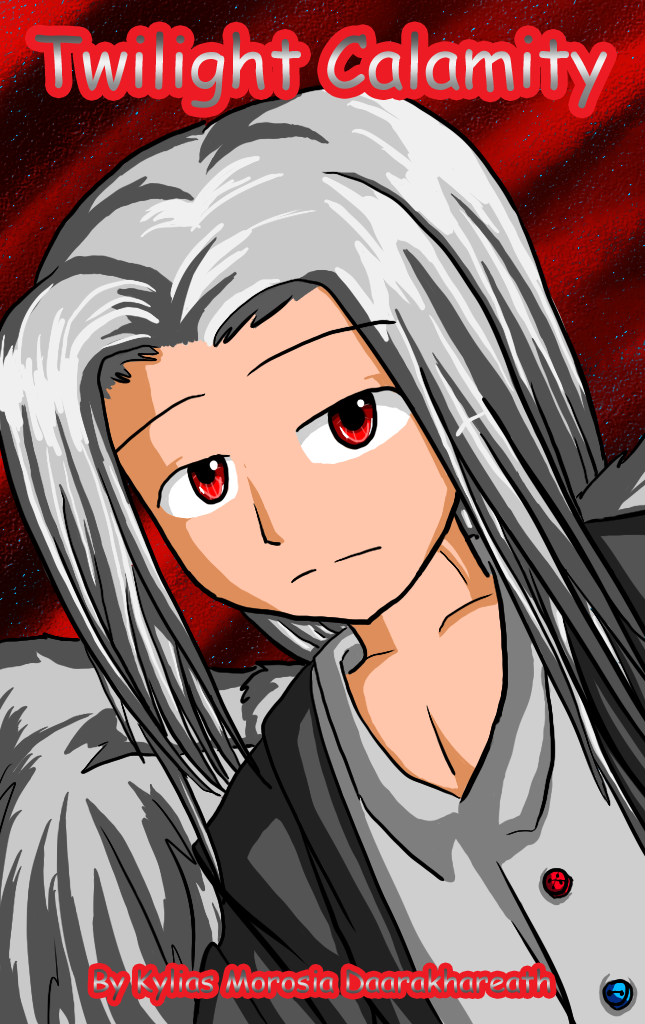 Procrastination is deadly, haha. I've been working on the plot and have just mostly been gathering thoughts and collecting ideas for the longest time. I started the comic awhile ago, and even had a cover with Elric on it instead of Cyrus, but alas, I was… displeased, to say the least. So I started over.
However I only started this version comic itself a few weeks ago, and have had page one finished and ready for a week or two. I've just been putting off drawing the cover, na. I don't know why.
Well, this came out differently than I thought it would. Ah, well.
Enjoy.

Not much to talk about with the cover. Typical manga character.