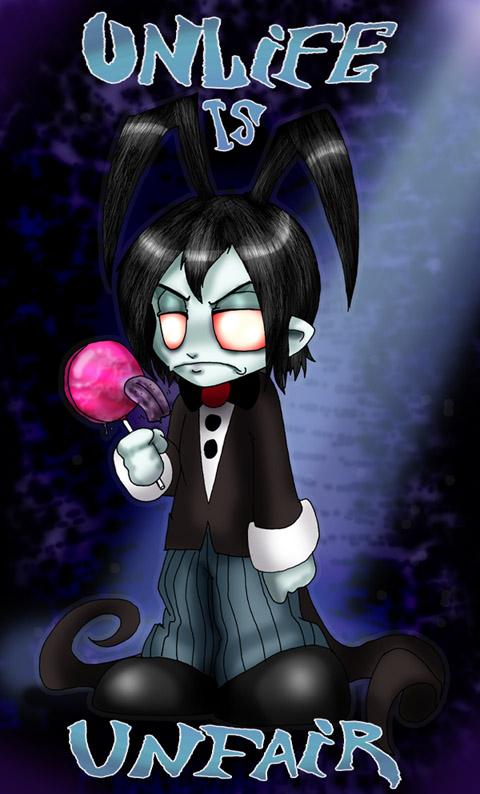 Expect a lot of this kind of humor! This comic is just a mirror, so it'll be updating far behind the Clovenhand site's. I started this here comic in 2005, and started posting it in my forum for the benefit of the readers of CTV while Drunk Duck was down during ‘the big crash’.

i thought the art looked the same.

awe, that so cute, nao i wanna hug em x3

he looks like a cross between hector, charby and hexavier

I love your art style, Fernando is so cute XD

Too tired to get going on this one immediately :S I'll continue tomorrow.

Oh I love the art style.

Hey, I remember when Hex said something like that to Masan, right? "Even UNlife is unfair, kid." or something? ^_^ Nando's adorable!

Hexavier charby mix????? I love ctv by the way!

he has antena hair!

Hell yes. Been waitting for this one to hit ^^ you have made me so happy i nolonger think about a horid flaming death. Thank you =^.^=

UIU on DD! It's a dream come true! *looking forward to reading it over again*

so this is why uv bin so buzy!