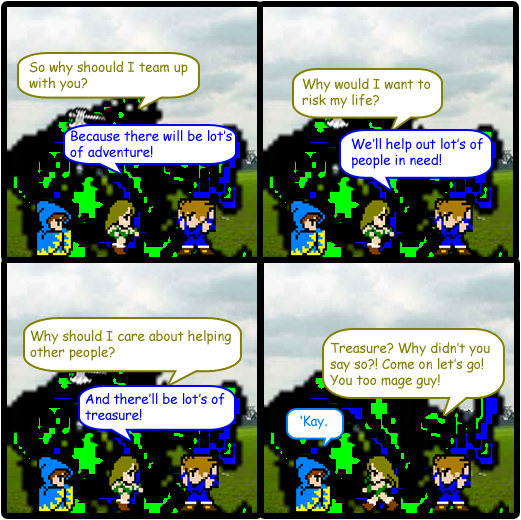 Haha thanks for the comments, but I made these comics well over 4 years ago. I doubt I'll ever continue this series again. I already have another comic series I'm working extensively on. I just threw this up to entertain some people with my older (and a bit more crappier) work.

and third, if you need assistance im availible to help, if you like. I like this comic.

second, talk to some people and try to come up with a plot, that could help if your stuck

Comic so far is fine, just a few things. First, even if you want to dont do double updates...or in this case 17