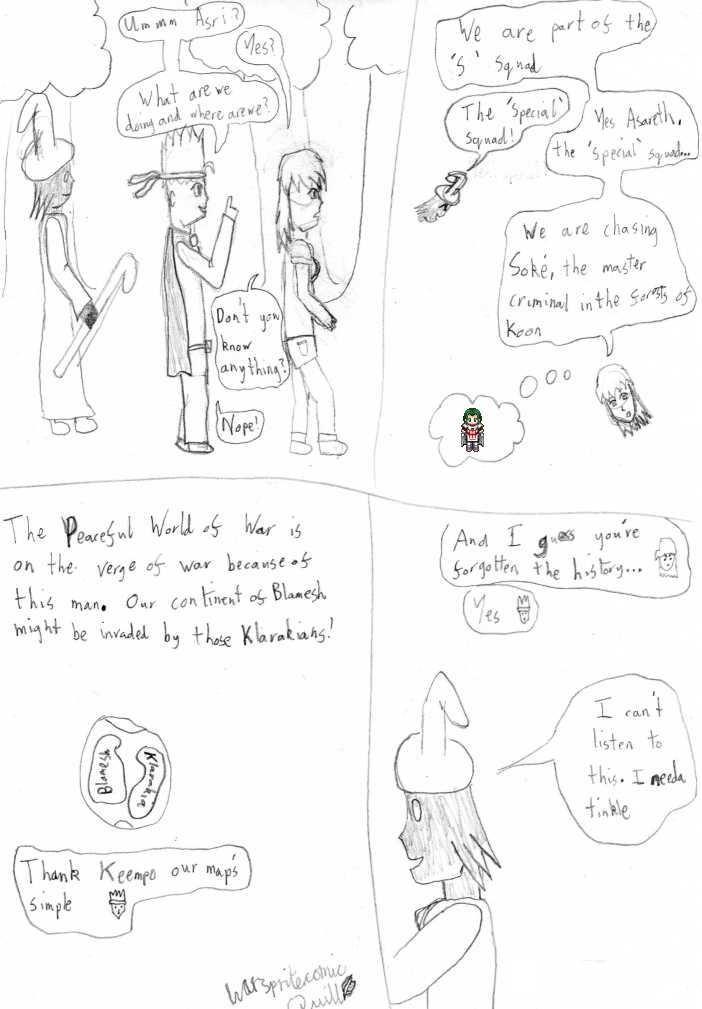 Well hello again! This comic story is special to me, since it's been my creation since I started making comics. 3 years ago today the first ever World of War comic was made. A really bad sprite comic that was hosted on Freewebs. (I've forgotten the website address) Then, it became a pretty decent sprite comic on this very website 2 years ago, then it became a hand drawn comic continuing the story from the sprite comic. Then it became a sprite comic again, and now. For the 5th and last time, it's coming back, and it's not going to become a sprite comic anymore (mainly because I've lost the sprites).

So here it is. The World of War's 3rd anniversary being marked by starting again. But, if you look at the sprite comic, this is effectivlygoing to be the same strips, although in this example it's stretched out to two pages (next one will be updated Friday).

Also, there's now a map! A really easy map. And a history! There are two continents (And polar ice caps) and Keempo, as the unnamed one says is the third panel, is the equivalent of God.

Anyway I hope you enjoy this comic that's rather special to me (and hopefully it'll be updated more than in the past.