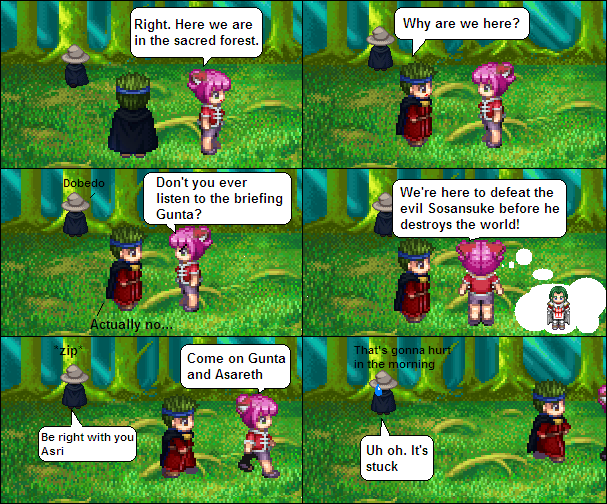 Hello and welcome to the World of War sprite comic! It is a comic that is set years and years after the events in the World of War main comic, but it will have absoloutly nothing to do with it apart from the fact it has the same characters.

This might be updated more than the main comic, even though it is not my main comic, because sprite comics do not take long to make. It's true, apart from thinking up the joke (which took about an hour while I was playing video games ^_^) it took 5 mins to find my sprites in age old computer files and find a background, and it took 10 minutes to make it. It's true!

I know. Can't believe I got that name. P.s. I didn't know you existed until after I chose the names. Creepy huh?