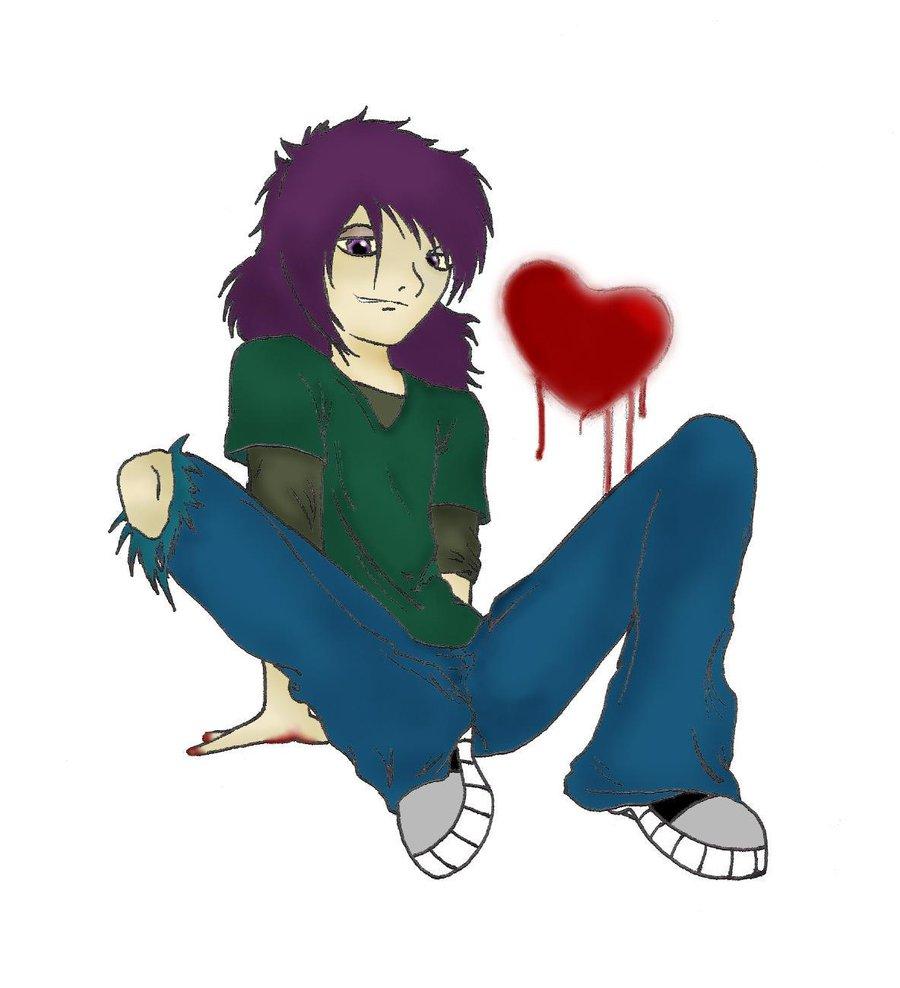 This picture actually holds more to it than the typical feel of an emo or someone who is trying to express their love through their own body.
Actually, the bleeding heart in the background is rather derived from the religions surrounding God and Jesus. A bleeding heart is an image of religious iconography, depicting the Sacred Heart of Jesus pierced by thorns and bleeding.
However, in Krayos's mythology, there are no thorns involved. It is merely a bloody tale of death and loneliness. And so, I depicted him sitting all alone, still with that wickedly inhuman grin he tends to sport so fittingly, along with a plain bleeding heart in the backdrop, painted with the blood from his hand.

I came up with the title to show that, even though he has transcended the state of the homosapian, Krayos still bleeds and feels like any other person.

…I dunno. I might be feeling a little too deep today. So waht do you think?