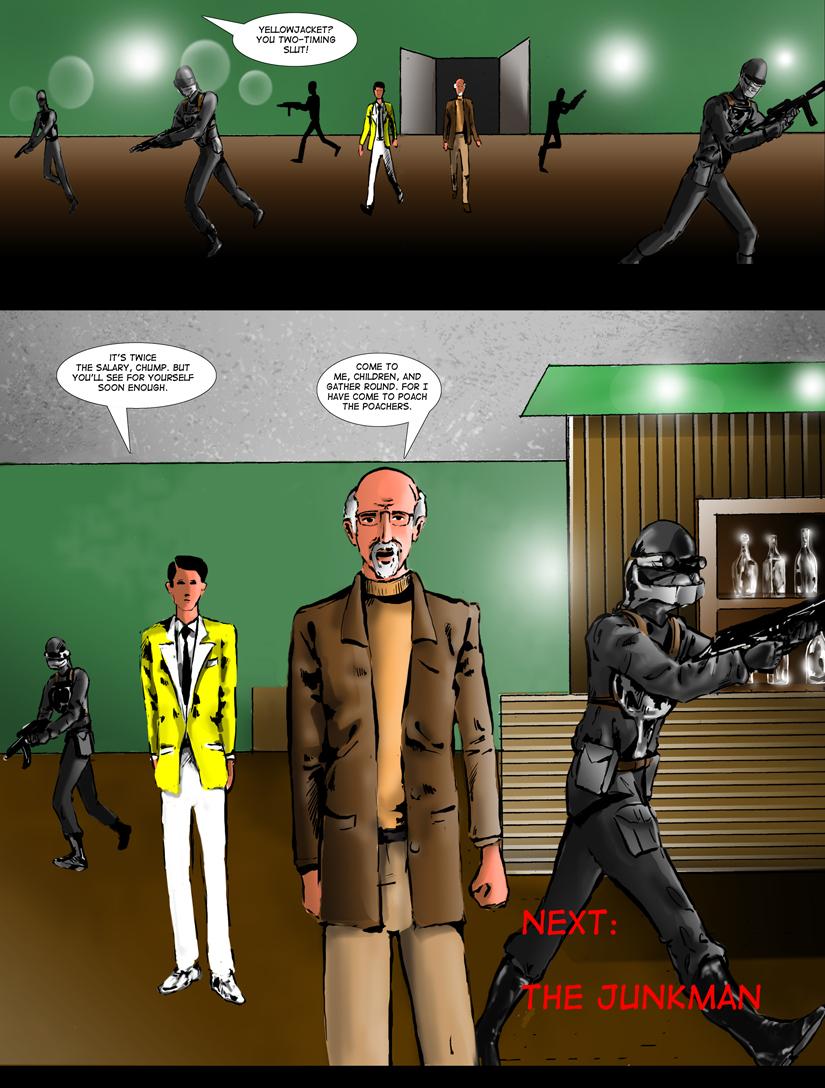 Thus ends book one. Hm, looking back, I think I did okay to this point. My goal with book two is to try to get some more detailed backgrounds in there. I promise to do what I can. It's not an easy thing given my schedule. At any rate, I'll be taking a week off before I start posting book two. FANTASY FILMMAKING 101 will update on Fridays as usual, if you're interested.

Ozoneocean: Holy Fudd, I totally forgot about that guy in the Lynch film! So, if it was an homage, it was an unconscious one (if that's possible). Which is cool by me, since I dig BLUE VELVET quite a lot. As far as homages go, the Wrecking Balds' trench coats are my nod to ONCE UPON A TIME IN THE WEST, one of my favorite movies ever. And there will be a few more nods to that one before this thing is finished. ;)

Well done. Yellow Jacket? Is that a homage to a certain David Lynch film? Blue Velvet? Anyway, well done on reaching the end of the book.