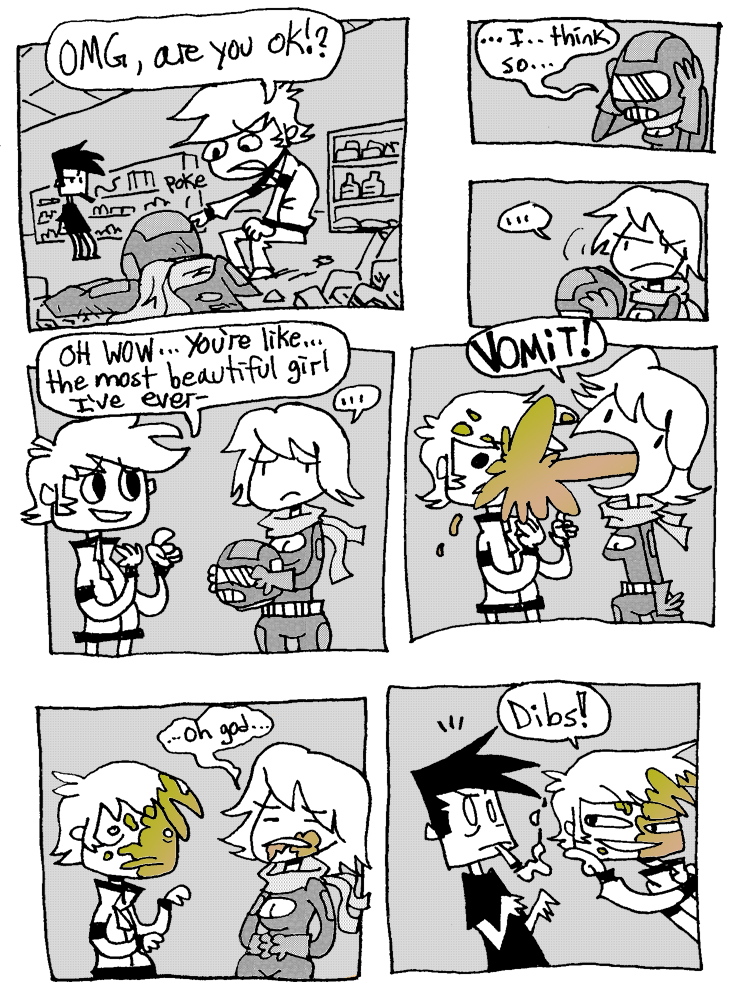 you should update more!

hahaha vomit, damn! blackshirt guy must find someone else :(

I come for the title, and stay for the hot vomiting chicks

no i need to continue this! the perfect end hasn't happened yet! ONO

STOP SPAMMING! I think it's a perfect end, it doesn't need to go on.

seriously, I want to see what happens here.

do more of this.

ah, that was a good read through the archives. build~ build!

"The Japanese love that kind of thing"...hes not lying. I saw the most disgusting on the internet....and it was undoubtetly japanese. I wish the votes could go higher than five.

This comic is yay.

The Japanese love that kind of thing

IT'S A MIRACLE!!!!! Seriously, great to see an update from you - and what an update it is... love the 'vomit' as she throws up all over him and the expressions are priceless :)