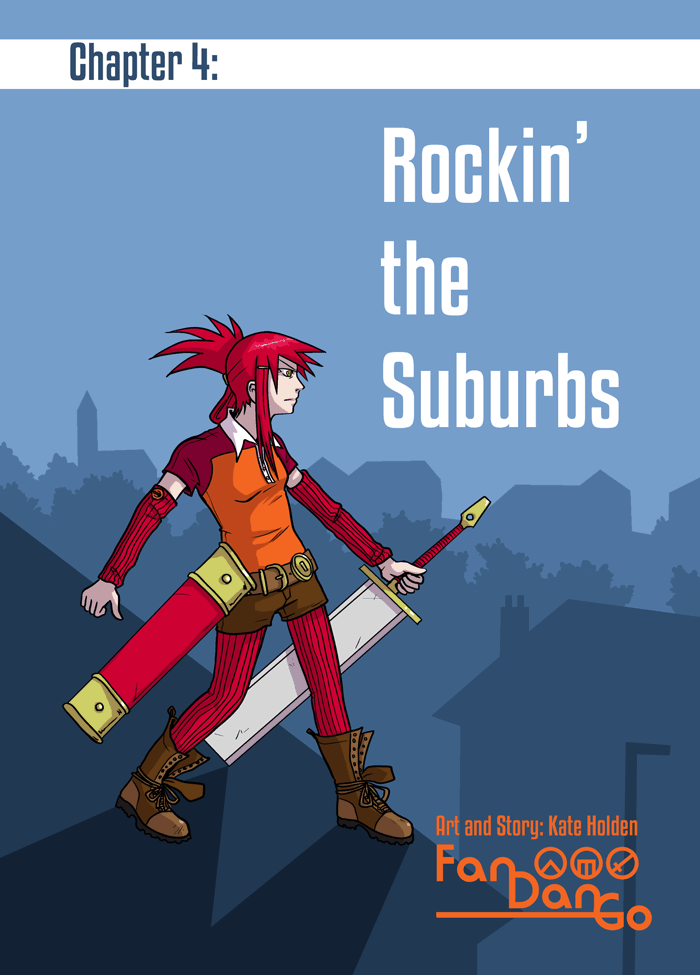 Hey, I'm back! I hope you all enjoyed the little interlude. Many thanks to Robin for that!

So, it's chapter 4! Woo! And yes, Rekki has a new outfit. This comic will not feature characters wearing the same clothes every day. As much as I liked Rekki's outfit in chapter 1, I had decided from the start that, as in the old version, people would change clothes. Researching 70s fashion for this comic is always fun. Of course, the clothes in this comic are not all ‘period accurate’ by any means; there are fantasy and modern elements mixed in too, which is why I call it ‘retropunk’; it's doing what steampunk does, but with mid-late 20th century rather than Victorian times.

As always, thank you so much for reading, everybody!

The suburbs. Glad I never lived in those. They look so boring, nothing but houses as far as the eye can see. I, on the other hand, have woods and a creek in my backyard. Yay for the mountains!