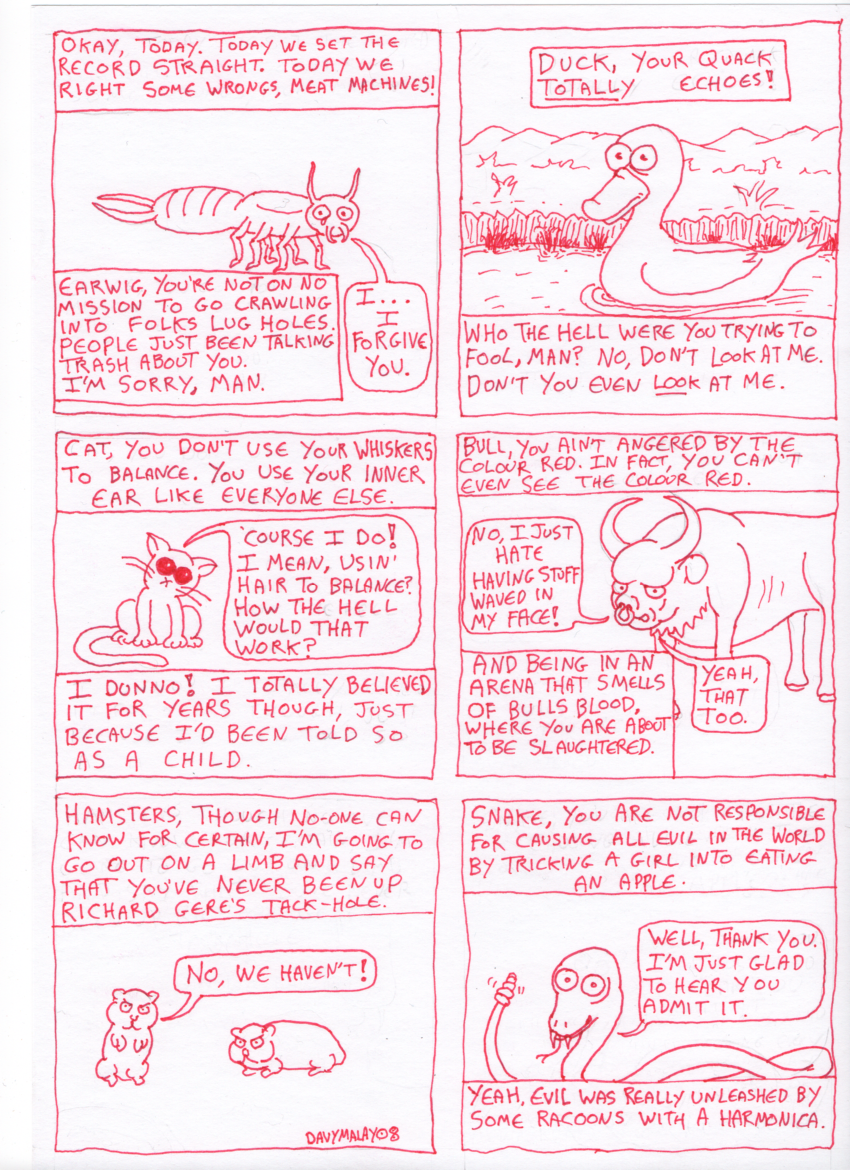 In brief - earwigs don't seek out ears to hide in, but they probably would crawl into one if it seem interesting to them, which would be memorable, hence their name, I guess. Ducks quacks do totally echo. I believed for years - and have known folk who passionately believed it even more than I - that cats whiskers give them their sense of balance. Bull fighting is horrible, a hamster would probably be crushed clean to death by the human rectum, and the creation story in the bible is at best an allegory. My raccoon story is much better, and I may tell you it some time if you buy me several beers.

this needs to come back! D:

Cool dude, very cool. Thanks for the rating, it was my first one Woot!

Love the comic dude, truly an original idea, and the art is pretty nice to accompany it faved and whatnot

Racoons with a harmonica? Sounds believable. A lot of text, but very entertaining.

I've had an earwig in my ear before, was weird.