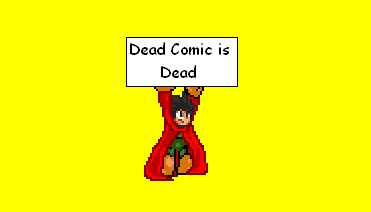 That's right guys, I'm done with this comic.
After throughly reviewing the plot of the comic I figured that I was just throwing around random shit everywhere just for the sake of being funny and having a plot at the same time.

…..
Tell you what guys, I may start up a new comic.
But it won't have any immediate plot.
It's just gonna be random shit for the sake of being funny, and that's it. I apparently can't handle long, winding plots and stuff, so I'll go for something that I'm semi-good at.